Woke up today to a Pho breakfast! Kind of exciting for me, not going to lie. 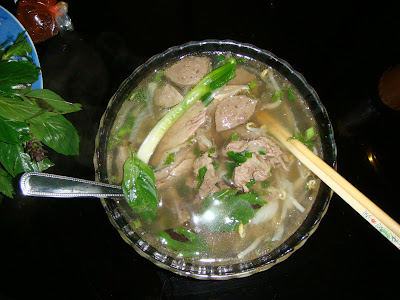 Pho with meatballs: The IT dish in Vietnam!
The coordinator was supposed to pick me up and we'd take the bus, but was too busy. So apparently Mr. Nguyen came by on his motorbiker and off we went! (Jump on a random motorbike with some kid and trust him to take me through the city? Sure, why not?). We got to Thi Binh Orphanage, a government-owned institution with over 200 special-need residents. 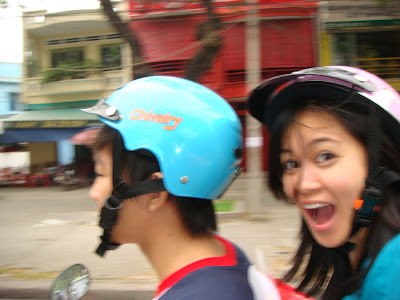 First time on a motorbike!
I worked upstairs just playing with the younger ones in their cribs. Some kids were seven or eight years old, but still had to be kept in cribs. One of the the locals that was volunteering as well started crying as she had never seen a sight like this. I helped to feed the children as the nurses were severely understaffed and then played with two boys in the playroom. Once child, named Leigh, took quite a liking to me and it was then I felt really comfortable in Vietnam.

Had a chicken burger at Lotteria, a popular American-esque burger joint. Definitely needed some American grub! I bought some dessert and bottled water "La Vie" that I kept for the next two weeks.

I took the big green bus that only locals really take back to Banh Thanh Market. Super cheap, it's only 3000 dong for one ride (equivalent to about 19 US cents). 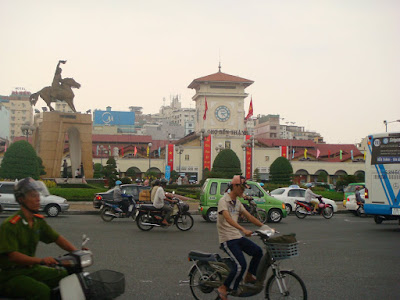 Jaywalking (the norm) in Saigon is an experience like no other. With motobikes aligning the whole street, you're just supposed to start slowly walking and they'll get out of your way. Quite the adventure!

Tip: For crossing the streets in Saigon and handling the motorbikers: If you speed up or stutter, you'll get hit, but if you keep a slow pace and just stare at them, you'll be okay. Don't be nervous! 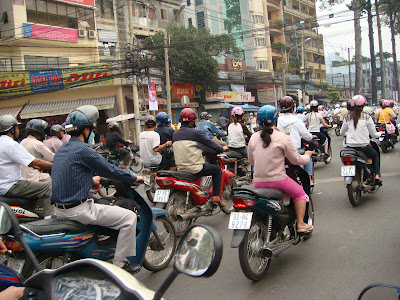 The motorbikes typical of any street in Saigon
Not sure if Banh Thanh Market was what was inside the building or if it entailed everything about it, I asked a nice, young gentleman named Sebastian, "Do you speak English?" Long story short, he was a backpacker from Germany traveling all throughout Asia by himself. Before I knew it, he was my new travel buddy. On the way to him showing me Banh Thanh, I bought a sweet journal in the Fashionista market held during New Years along with some hand-made keychains. At Banh Thanh, I also bargained for some sunglasses--he originally said $26, I got him down to the equivalent of $5USD. YAY! 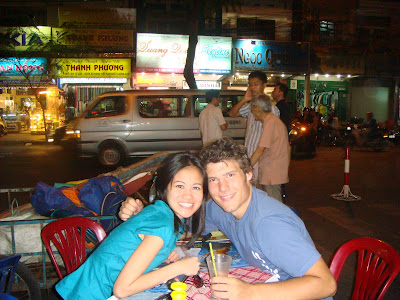 Sebastian, my new travel buddy!
Sebastian and I had some coconut milk and then I left to go back to the host family before heading back out to District 1 to celebrate New Year's Eve with my new found friend. I wasn't too sure what to expect for New Year's as Vietnamese New Year's is usually in late Jan/early Feb. Being in the tourist section of the city in District 1, however, proved me much surprised. Thousands lined the streets of Phu Ngung Lau as food booths and live entertainment provided a great concert. Sebastian's local friends came by and we all quickly bonded. 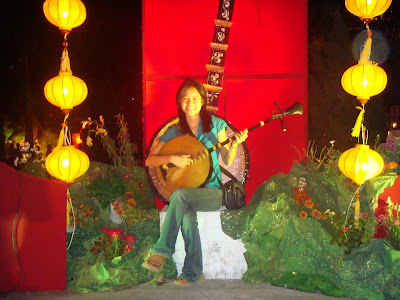 One of many booths in District 1 for New Year's Eve 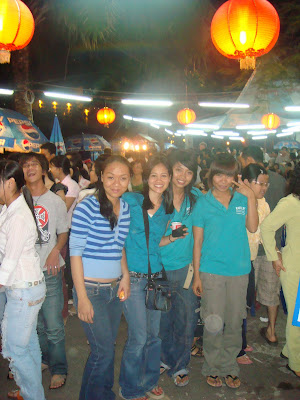 Just chillin' with some locals 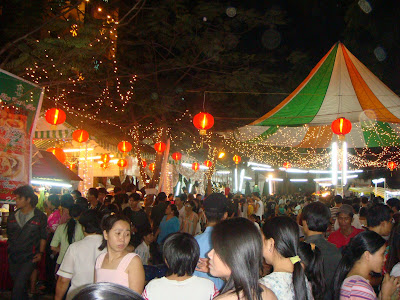 New Year's Eve on the street of Phu Ngung Lau 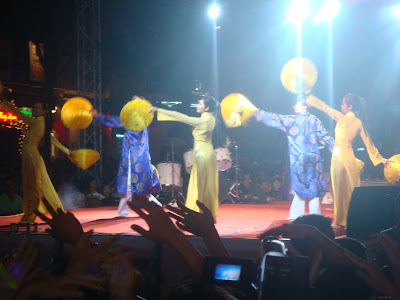 After midnight, Sebastian and I ended up getting drinks at a bar where some disgustingly old and jerky American thought I was a prostitute. To Sebastian: "I remember when I was your age. I came backpacking to Vietnam and I was so happy to find a beautiful Asian girl. Now I have to settle for the old ones (points to the woman he's with)." Me: "Hey, that's so rude!" "Oh, you speak English?" "I'm an American, you jackass!" He tried to apologize and I just told him to stop talking. Grrr!

Besides the last story, I just love how this morning I had no idea what to expect. AWESOME way to celebrate New Year's Eve!
Posted by Krystina Nguyen at 02:59 0 comments

The flight from LAX to Taipei took about 14 hours; unfortunately I was stuck in the middle seat, but somehow managed only to get up once. The individual sitting next to me turned out to be a new graduate from UCLA--small world. We exchanged information and will hope to see each other again on this trip. 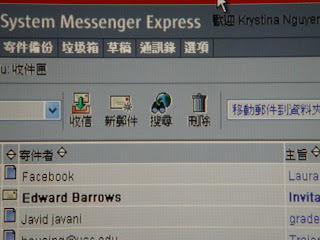 Taipei Airport has free internet! This was how my e-mail looked.
Tip: The greatest conversation piece is a USC sweatshirt. You'll always meet someone, so think about what you wear!

After arriving in Saigon Airport, customs questioned me on why I had an American passport. "Because my parents immigrated to the States. " "Why don't you speak Vietnamese?" "I grew up in the States." Great, I'm getting attitude and causing confusion already.

Met the host family in their house with no toilet paper or hot water. Thankfully there was internet and a TV. My room was simple with a fan, desk, and bed. I took a little nap and found 6-year-old Neh watching me as I woke up. We played some Dominoes I brought and I took a short walk outside.

Tip: In Vietnam, you can get a good SIM card for about $10 and slip it into any phone and voila! Use your phone as you wish. HOWEVER, before you leave, check with your phone company to make sure your phone isn't locked. Damn AT&T! 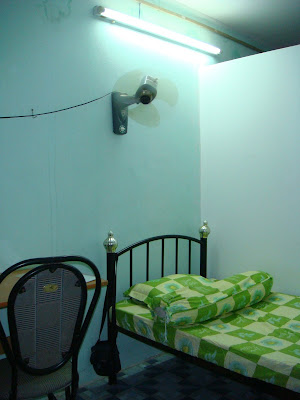 My room for the stay

Saigon is famous for having motorbikes EVERYWHERE that really won't stop for you. Imagine New York City and instead of taxis, you have motorbikes. Should I take the risk and try to cross to the other side? 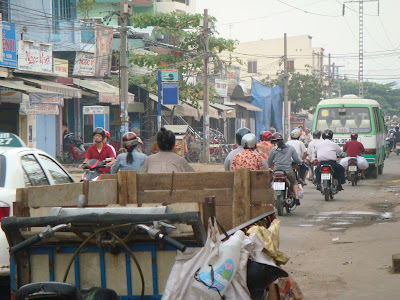 Motorbikes of Saigon in District 8
I've come to learn that I'm a product of my environment. Usually my adventurous spirit comes out, but for the moment I know better. I'll wait until tomorrow! And hopefully someone around me will understand English!
Posted by Krystina Nguyen at 02:59 0 comments