Peace Corps Project: The Grand Opening of the Mbideng Market!

After two years of serving in the US Peace Corps, it is only fitting that my capstone project came to a close (or rather opening!) today. For the past six months, community leaders, volunteers, and I worked to create an outdoor district market for the poverty-stricken neighborhood of Mbideng. Lying in the outskirts of the city of Ngaoundere, the 8,000 residents had to previously walk into town or pay for transportation to buy basic food and goods. Now the community has its own market providing such benefits as better nutrition and increased income

The past months included many tasks including building a coalition of leaders, holding multiple community meetings, negotiating with landlords and government officials, drafting contracts, performing word-of-mouth and radio publicity, and finding creative solutions amongst limited (i.e. zero) resources. Welcome to the Mbideng Market! 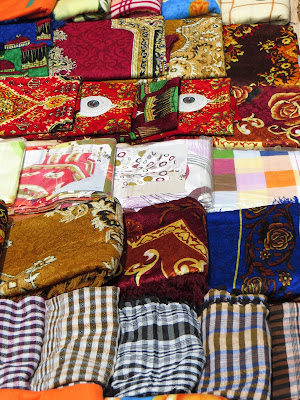 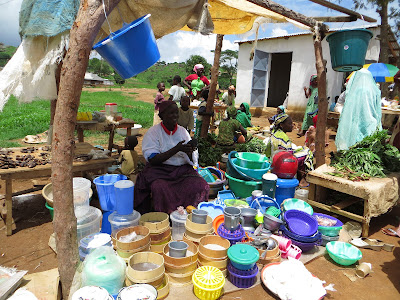 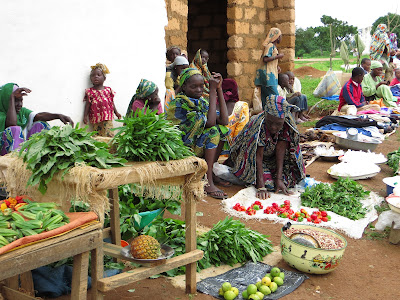 Vegetable section
*By July 4, 2012, 136 vendors had come to sell their goods from all over the city. The mayor aided in publicity by securing announcements with public and private radio stations. Ninety percent of vendors surveyed stated that they have seen their daily incomes increase. One hundred percent of clients surveyed stated that they save time, money, or both by buying from the community market as opposed to going into town.
Posted by Krystina Nguyen at 23:59