Why Bring Goods to Market When You Can Bring the Market to the Goods? Peace Corps PACA Project Time!

In the outskirts of Ngaoundere, Cameroon lies the highly impoverished neighborhood of Mbideng, population 8,000 (estimation by community members). If anyone wants to buy goods, he or she has to motobike into town or to neighboring markets. However, what is paid for in transportation could buy a dozen tomatoes or a kilogram of rice each day!

Community members have wanted a market for 20 years and no one really knows why there hasn't been one. Thus, the traditional neighborhood chief, his wife, and I gathered with local leaders and organized a 10-person project management committee to lead the process of creating a community market.

In a previous meeting, I explained Participatory Analysis for Community Action (PACA), a community mobilization tool that has been utilized around the world. The PACA tools allow communities to target specific problems based on their qualifying needs. Thus, during a planning meeting, we created the Agenda for a large community meeting with PACA tools. As the meeting would be spoken mostly in Fulfulde, it was necessary that I spoke as little as possible! Without my knowledge, the committee members actually held another meeting to “practice” public speaking in front of everyone. 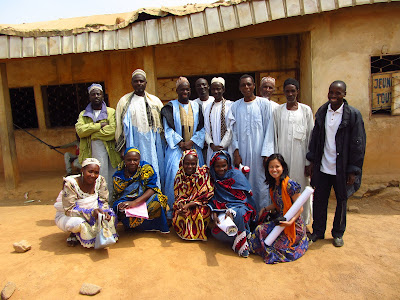 With the management committee for the Mbideng Market

Today was the awaited town hall meeting. At 7:30AM, I showed up and only 30 men were in the school room (this was after they told everyone to show up at 6:30AM/7AM and don’t be late!). Thank goodness, it was only "African time" and by 8:15AM, we were ready to go with over 150 attendees. 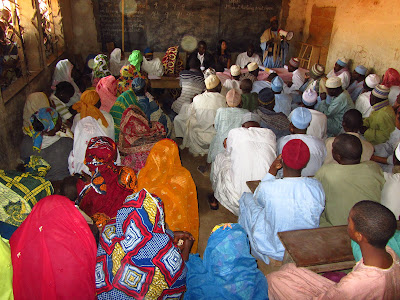 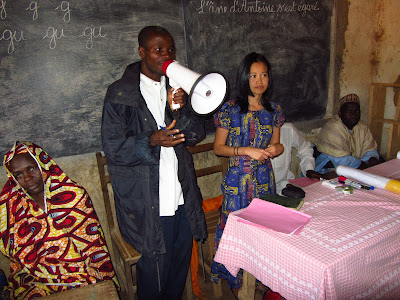 The schoolhouse was completely packed for the town hall

After the normal prayer and introductions, the project leader asked, "Why Are You Here?" to begin a dialogue. Community members agreed on the same reasons: waste of money to take transportation, tired of treking so far for basic foods, want of making their community great like the other communities, etc.

The first activity was Community Mapping in which the community members would draw a map of their neighborhood. Groups were split into Men, Women, and two groups of Young People (ones who worked and ones that went to school). The individual groups first drew a map with important landmarks such as schools, water sources, empty spaces, etc. before choosing the three best places for the market. After we reunited, each group explained their map and why they chose what they did. 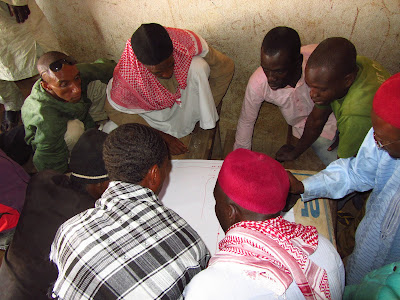 The "Young People" group mapping out the community 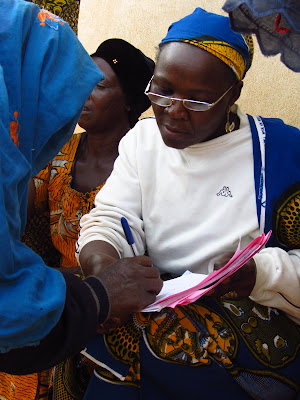 Mariamou Souley, one of the projects secretary, taking attendance

The groups were separated again for the Daily Calender activity. Each group reflected and wrote down their activities throughout the day including prayer, school, work, market shopping, etc. Then they had to pick one day for the market (the market would be every day, but there is always one traditional large day). When we came back together, the women and two groups of young people had picked Wednesday, while the men had picked Monday. When asked what day would be best for the community, each group tried explaining again why they picked the day that they did. I finally stood up and said, "Let's try this again!" as everyone seemed to miss the obvious.

Me: What day does this group want (pointing at men's map)?

Me: So what's the best day for the market?

Traditionally, men usually make all the decisions, but the men couldn’t say much after they were the only ones that wanted market day to be Monday and the other three groups chose Wednesday! The activities worked well as the community saw that women and youth were the ones most likely to go to the market, so they needed to have priority in choosing the location and day(s) for the market. There was also much debate, but at last, we were able to choose the top four spaces for the community with the women having priority in picking the space. 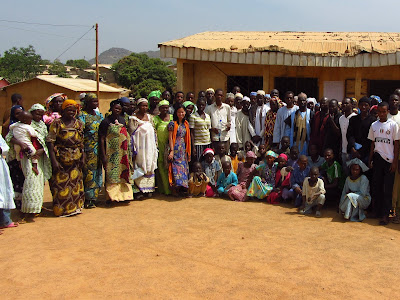 A board member has already offered up his own land for a smaller market until the larger official space is acquired. Thus, there is currently a "petit marche" with women selling vegetables while the project committee is negotiating with landlords for the market spaces. Really great to see the community working together!