An impromptu trip led me to the small town of Pelham, New Hampshire for the night.  Kevin Bradbury, worked as a "boom guy" (film language that I still don't understand after years of living in Los Angeles) for a short movie and off we went to the premiere!

Chunky's Cinema & Pub is much more than a movie theater.  In my opinion, it's what every movie night should be: an experience.  Here, clientele sit and socialize at tables while eating dinner before the film even begins.  Ice cream sundaes while relaxing in larger-than-life-and-comfortable recliner chairs from Lincoln Town Cars?  Yes! 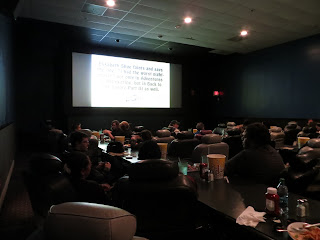 The admission prices of this small-town theater stay low at $5.75/matinee and $7.50/evenings (half the price of Manhattan ticket prices!).  It was the premiere of Thirty Minutes to Salvation, a short about "breaking generational curses and choosing your destiny."  I was never a movie critic, but I'll just say that the room was packed and the director's wife discussed the parallelism of the movie to their own lives; that for me was the deal breaker as once things become real, I become interested!

An hour outside of Boston, the Chunky's experience is well worth it and the first trip to New Hampshire was a thumbs up!
Posted by Krystina Nguyen at 23:59 0 comments

Boston Chic! The Charlesmark Hotel and the Longwood Symphony

Though Boston is infamous for its dive bars and collegiate atmosphere, don't be alarmed! There is a very trendy and chic scene for the working professionals out there.

Located across from the Boston Public Library in Back Bay, the Charlesmark Hotel was originally a private residence from the 19th century.  The hotel features a classic modern look with an elegant lounge and outdoor patio. It is in this lounge where the Charlesmark sits famously - its design was concepted Dennis Duffy and the bar is managed by Jefferson Ryder, both of whom are award-winners in their fields (yes, Ryder is an award-winning bartender!).

Tip: One Thursday a month from 6-8pm, the Charlesmark holds martini tastings with all-you-can-eat appetizers for $20 which includes a $12 coupon for the next visit. The main reason one should come though? The famous "Dancing Gummy Bear Martini!" 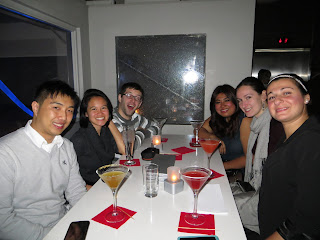 Jolly good friends at the Charlesmark Hotel and Lounge 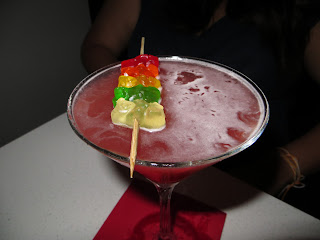 Afterwards, we ran off (yes, we ran because we were late) to the New England Conservatory's Jordan Hall to watch the Longwood Symphony Orchestra.﻿ Since 1991, the orchestra has raised money at each concert for a different community organization. The musicians are mostly healthcare professionals and to date, have raised over $1,000,000 for the Boston Health Care for the Homeless Program, the Sharewood Project, the Japan Disaster Relief Fund-Boston, and the Rachel Molly Markoff Foundation.

They believe that music and heal and have shown that yes, it can! 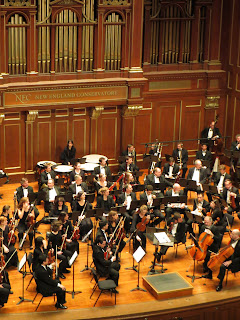