After living here for seven months, I decided to go search for the waterfalls that apparently exist in my town. We call my moto driver (No, I don’t have my own chauffeur – he’s just a guy I can trust!) and he says 4.000CFA for two people to Chute de la Vina is just fine. Unfortunately, he has no clue where it is!

After inquiring a few other motos that pass, we find Hanzel, a nice and knowledgeable Anglophone Cameroonian who knows the way. I call my other moto guy, Adamo, who is ridiculously kind as well and accepts only 2.000CFA as he’ll take one person.

So with the eight of us ready, off we go!

The Chute de la Vina is apparently only 15km out from my city; however, Hanzel wasn’t too sure of its whereabouts either. I was convinced that it existed in a fourth dimension until we found some local village boys that led us back to a bridge…the same bridge I had been on when lost trying to find Lac Tison a month earlier! Last time, we had no clue we were sitting on waterfalls, but today, all we need to do is turn a corner and voila! There lies the waterfall! 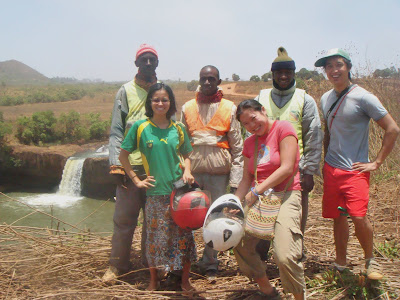 With my awesome moto drivers

After slipping and sliding down rocks and dirt, we discover an underground cave beneath the waterfalls. With the mist of the falls in front of us, we proceed to do a photoshoot! 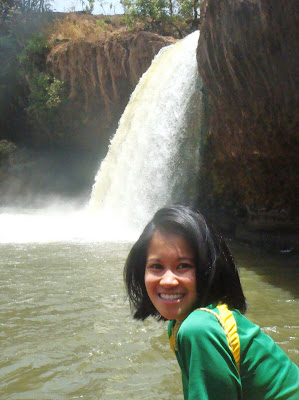 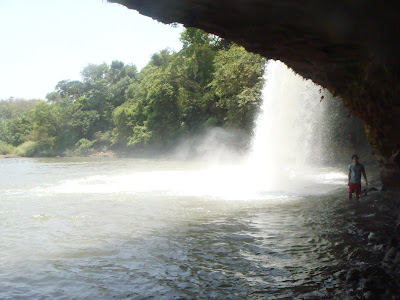 I ask Adamo if he wants to take me back as I know he’s only receiving 2.000CFA, but he wants to see the volcanic crater lake of Lac Tison too. Allons-y! (For photos of Lac Tison, please see February postings!)

I didn't really know what to expect out of a Muslim wedding in a Cameroonian city. In fact, when it comes to many cultural events, you as a Peace Corps Volunteer will usually be very confused. However, the confusion won't make any event any less fun.

The groom was the little brother of my neighbor, Mariamou, who lives right behind my apartment. She is currently hosting an American SIT study abroad student, Ashley. Also invited to the wedding were two of my favorite PCV buddies, Ben and Andrea.

With the whole world at Mariamou's house, we were quickly shuffled out to Mariamou's husband's car to go to the neighborhood of Joli-Soir. There, we entered a house and did what I've quickly become accustomed to in this country: sit and wait. 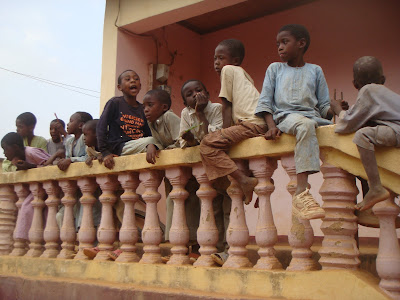 After an hour or so, drums could be heard outside and we all piled out. The bride and groom stood for photos while the drummers played away. Tradition: Give money to the bride and groom and that allows you to dance! 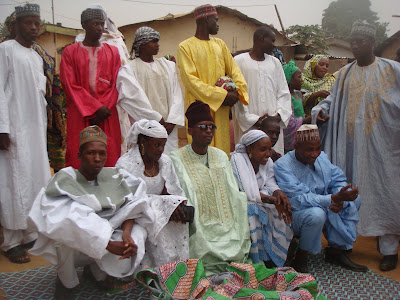 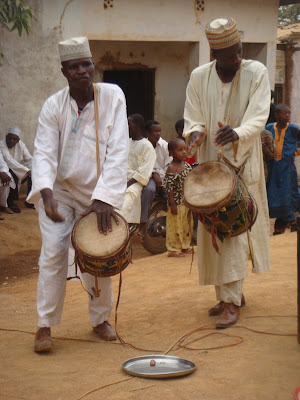 My buddy Dali, pulled me to dance with her, Mariamou and some other local women. I thought I was done until the best man came up to me and said that I had to dance again with my friends. Next thing you know, the four of us foreigners are center stage doing the "fist-pump" with the groom to the cheers of the Cameroonians!

The night ended with playing the Cameroonian version of "Sorry" with Mariamou's twelve-year-old son crushing everybody else. Good night! 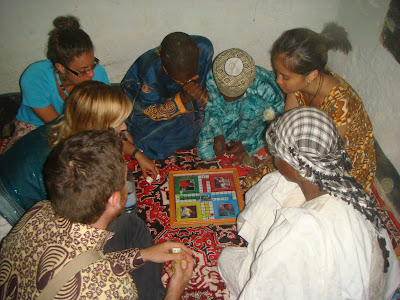 One of the young women I work with called me today and stated (or at least what I heard in French), "J'ai couché un garcon." That translated in my head that her son was sleeping.

I knew that she was at the hospital and as death is too common here in Cameroon, I thought she wanted to tell me that her son had died.