As the train arrived in 15 hours from Yaounde to Ngaoundere (train rides can range from 13-16 hours, though it is not unheard of to be delayed on a train derailment up to 36 hours), I was able to make it back to my house to charge my phone and drop off luggage before heading to my women’s VSLA savings group meeting at 9:30AM.

Today, the group started their third savings cycle and thus, revisited the VSLA constitution. This provided a great chance to really discuss group problems and see leadership develop. Being thorough, the group members spoke up until 11:45AM! 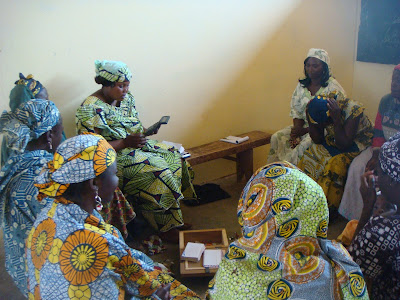 Wanting to make it to my MC2 before it closed at noon, I called fellow PCV, Harley Hunner, to wait for me outside of the PC transit house. While taking a moto-taxi, I motioned for another moto-taxi to follow us. Right when we arrived, we picked Harley up and made it to the MC2 right as they were closing up for the day.

Currently doing a book donation project to the University of Ngaoundere, we wanted to talk to the Loan Agent about the proper procedures. He had spoken to his faculty contact there and they requested a formal letter.

Back at the PC transit house, I helped another PCV to use my computer for Skype and then had lunch at The Concorde (can be found on Google Earth!) with three other PCVs.

At 3:30PM, I headed off to the neighborhood of “Douze Poteaux” where my women’s group planned to congregate before heading off to the Governor’s house. They had arranged a meeting to give him crops from their farm in light of the new year. This, according to the President, would hopefully be the beginning of a partnership.

Luckily, I had the Governor’s cell phone number as well and I was able to call him and say that I wanted to say hello with my women’s group. He showed up not too long after and gave the group advice on how to get help from the State.

After making some quick food chez moi (my home), I headed off to meet the other PCVs before heading out to…the Karaoke Bar! Though not open yet, the owners love PCVs and we were invited back to enjoy a pre-opening Saturday night. Who knew I would have a karaoke bar down the street from me in the Peace Corps? Such is life… 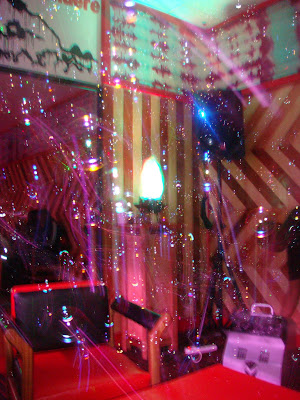 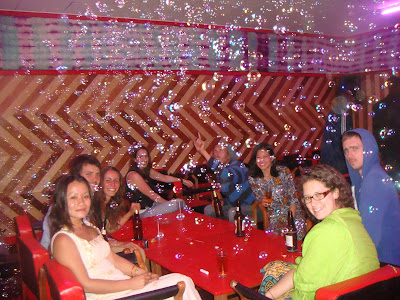