The Mission Statement of the National September 11 Memorial could not have been more perfectly written to pay homage to the forever sacred events at the World Trade Center:

"Remember and honor the thousands of innocent men, women, and children murdered by terrorists in the horrific attacks of February 26, 1993 and September 11, 2001.

Respect this place made sacred through tragic loss.

Recognize the endurance of those who survived, the courage of those who risked their lives to save others, and the compassion of all who supported us in our darkest hours.

May the lives remembered, the deeds recognized, and the spirit reawakened be eternal beacons, which reaffirm respect for life, strengthen our resolve to preserve freedom, and inspire an end to hatred, ignorance and intolerance." 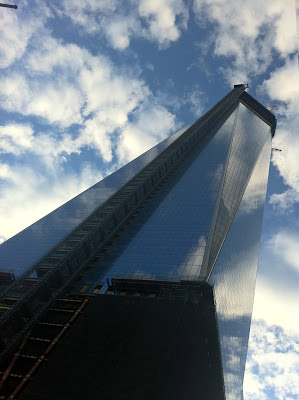 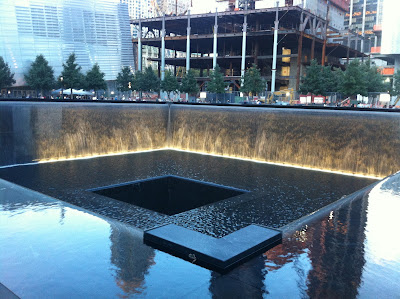 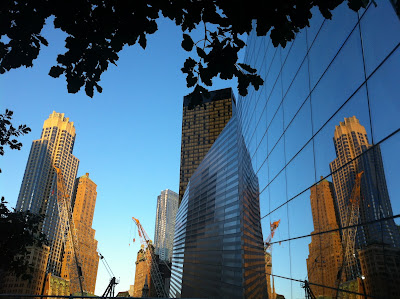 The Memorial is currently under construction and will be for the next few years, but the North and South pools (pictured) sit readily available for viewing by the public.  These pools, the footprints of the former Twin Towers, stand below a bold backdrop of nothing else, but a stronger World Trade Center and a powerful New York City.

Interestingly enough, the night brought us to Zuccotti Park, home of the birth of the infamous Occupy Wall Street protest.  NYPD cops were everywhere and as luck would have it, within minutes of our arrival, the OWS protestors showed up as it was the one year anniversary of the movement.  The best line of the night? 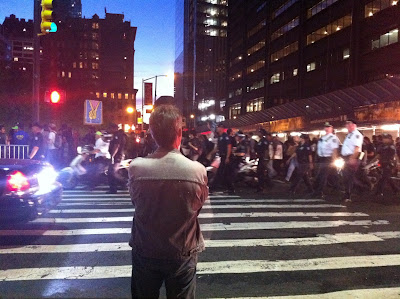