Today's wake up began at 9AM without an alarm clock! Prepared for breakfast, I ate an almond croissant and then Greg made me eggs while I discovered the Business and Travel sections of the NY Times.

After fooling around on the piano for a bit, it was time for a run in cute, small town America! The humidity actually served as a plus to keep the morning from being too cold. Unfortunately, the Glen Ridge High School did NOT have a track to run on, so up and down the neighborhoods it was! The run did provide me the chance to find the EXACT gas lamp that I wanted to take a picture of. Before every trip, I organize a list of things that I must do (and perhaps do) on each journey. 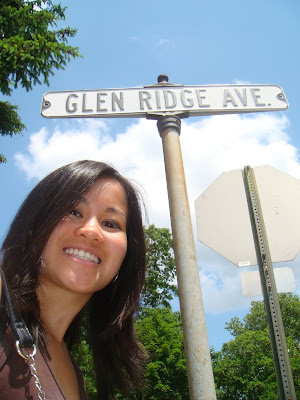 At the heart of small town America

The Glen Ridge To Do List:
1) Picture of a gaslamp
2) Visit Freeman Gardens
3) Walk the GR Bike Path to the gazebo
4) Play the paddleball courts
5) Potential shopping spree (no tax on clothes in NJ!)

One of the trademark legacies of Glen Ridge is its many gaslamps. Although the city is only 1.3 square miles large, it boasts 665 gas lamps out of the 3,000 that remain in the nation.

One of 665 gaslamps the city is known for
The Paddleball Courts on Belleville had no people, so it was completely unexciting, but the opportunity was provided to take some nice pictures. The gazebo, on the other hand, was actually a nice sight to see as it lay next to small waterfalls and a small river and dam. Again, another photo opportunity! 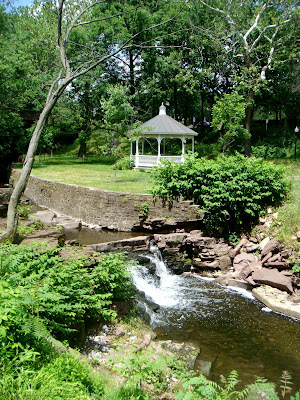 The Glen Bike Path and Gazebo
Bloomfield College is quite nice with its Romanesque-style architecture for its theater. The 12-acre campus truly reflects the area's history and architecture. There is actually pretty decent shopping nearby as small boutiques abound Liberty and Broad Street. 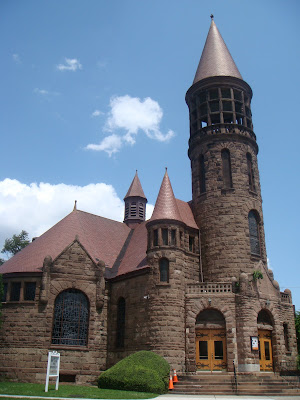 The Robert V. Van Fossan Theater
The walk to Freeman Gardens took a bit, but soon I was at Maolis and Hawthorne. Now operated by the Borough Recreation, it is actually taken care of by resident volunteers. The rose garden was worth it as it was the perfect place to sit and read a book. There, I helped a senior citizen in his wheelchair where he soon blessed me and everyone in my family. Ahaha. 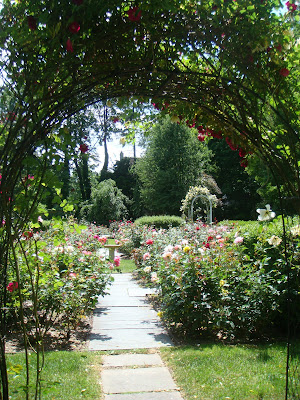 Freeman Gardens
It was time to go back to the 1950s house and take a nap! We soon jumped in the car to go shopping where we discovered a furniture store in the tail-end of a liquidation sale. Somehow, Greg and I negotiated a $1,200 rug for only $170! Skill, baby, skill.

That night, I had a good ole' Chinese take out dinner with Greg's parents while watching "Coming to America" (Yes, I know what I wrote). Gina Roco called and soon we were off at Club Bliss nearby in Clifton. It was pretty decent for a club in the suburbs! Good stuff, Glen Ridge! 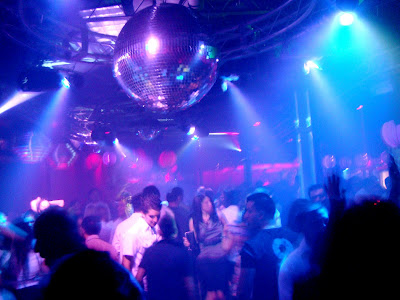 Club Bliss in Clifton
Posted by Krystina Nguyen at 17:59