﻿If it's one thing I love, it's visiting small towns all over America. With the New England autumn weather in full swing, Kevin Bradbury and I headed to the resort city of Newport, Rhode Island for its Restaurant Week.

A port town from the 18th century, Newport has the most number of colonial buildings still in existence.  Former presidents such as JFK and Eisenhower held properties in the area which others dubbed the "Summer White Houses."

Thus, when in Newport, one must visit "The Mansions." Equivalent of touring Beverly Hills' homes, these "summer cottages" are some of the largest and most opulent homes from the 19th and early 20th century. We drove up and down the streets, but for the more inclined, tours of the interior of ten houses can be made through The Preservation Society of Newport County. 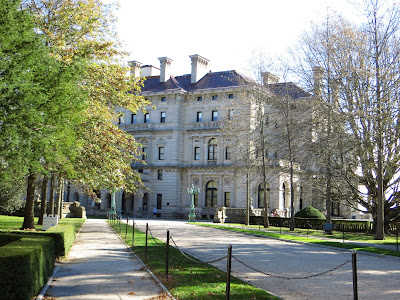 The most famous mansion of them all, the Breakers, the former residence of the Vanderbilt family. 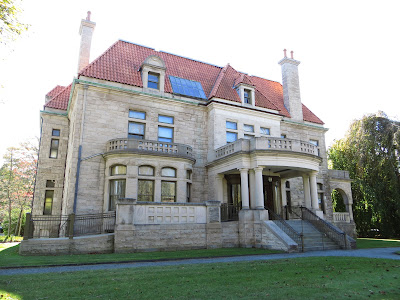 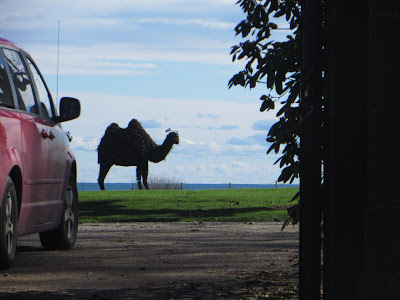 Every car that passes by (including ours) reversed to make sure that the camel wasn't real!

In the midst of the mansions lies Newport's Cliff Walk!  A 3.5-mile walk, the road winds behind the homes alongside the shoreline. We entered at Narragansett Avenue (at Ochre Poing Avenue) for a quick photoshoot before moving on. 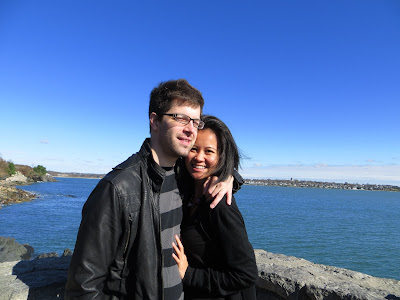 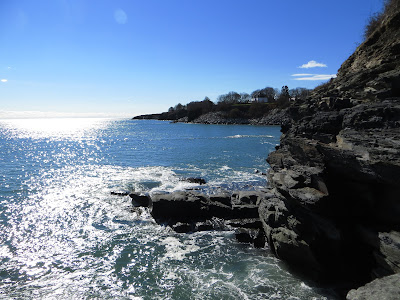 Unfortunately, though we wanted to go wine tasting at ﻿Greenvale Vineyards (live jazz on Saturdays!), Kevin's car wouldn't start!  Long story short, it has this problem where when the ignition key is put in, the car alarm sounds off, and the only way to stop the alarm is to use the key to unlock the trunk. Usually, the ignition will act up a couple times and then start, but this time, zilch! Stranded on a Saturday afternoon, we decided to walk (whew, small town!) to the restaurant where we had reservations, The Grill at Forty 1 North.

For Restaurant Week, Forty 1 North offered a special menu of a three-course lunch for $16 (money-saving tip: Restaurant Week lunches are usually 50% the dinner price!).  Located on the harbor waterfront, the chic restaurant is a must-stop for anyone in the area with welcoming customer service, quality food, and good views! 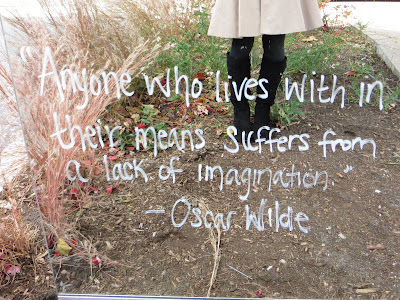 Quote on a mirror outside of Forty 1 North 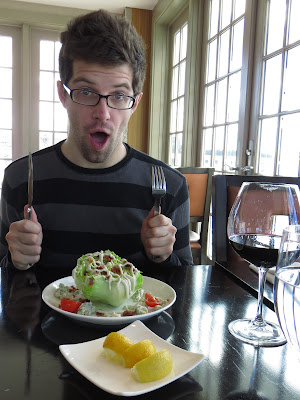 So excited for the wedge salad at Forty 1 North

Like magic, after we walked back to the car, it started to our surprise!  We were able to bring it back to the hotel and walked over to the Newport Grand Casino for dinner and attend a tribute concert to Zed Leppelin. 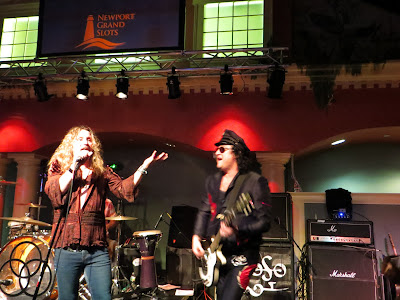 Sold-out tribute to Zed Leppelin at the Newport Grand 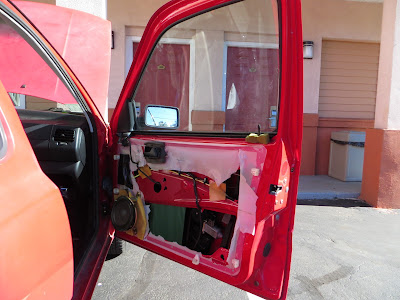 Kevin's 1997 Jetta. That is the interior (or lack) of the passenger door.  And he wondered why his car wouldn't start...

Luckily the car started again the next morning, but not wanting to take our chances, we headed back to Boston instead of spending the day in Providence.  We'll save that city for another day!
Posted by Krystina Nguyen at 11:22