Top Things to Do in Dakar, Senegal

Considered by those well-traveled to be the New York City of West Africa, Dakar is a highly-developed, lively city full of local and Western restaurants, evening events, colorful markets, and a diverse population of 2.5 million.  With a year-round temperate and sunny climate, it makes for a wonderful beach city that sits on the western most part of Africa.

As I was recently sent for a work trip, Dakar proved to be the best getaway during a New England winter!

Things to Do in Dakar Senegal

With aligned square shops and big paths, this is perhaps one of the most well-organized West African markets I've seen.  From traditional djembe drums to metal cars to leather to dresses, this market is the one-stop shop to find any souvenir you can imagine.  The vendors will yell for your attention, but in the politest way! Just be sure to negotiate, especially with the male vendors.

Note: You can also see the wooden statues be created and the famous fish market next door provides grilled fish dinners on the beach each night! 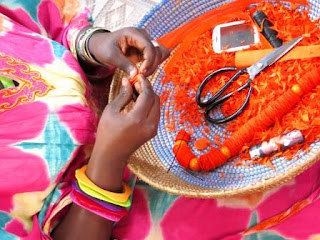 An artist cuts and weaves a necklace

2) Visit the Island of Goree and the House of Slaves

Ile de Goree is a thirty-minute, 3km ferry ride from Dakar - just make sure you arrive well-before noon, otherwise, you will be stuck waiting during the mid-day rest (trust me, you'll be waiting anyways!). Bring a student ID if you have one, otherwise you'll be charged "foreigner price!"

The small 900 meter island hosts the Maison des Enclaves (House of Slaves) which was believed to be a slave-shipping point during the Atlantic Slave Trade; however, recent historians have refuted this, stating that likely only a few hundred slaves departed from here and only due to the need to carry other cargo.  Regardless, the island serves as a memorial to the slave trade and is listed as a UNESCO World Heritage site. 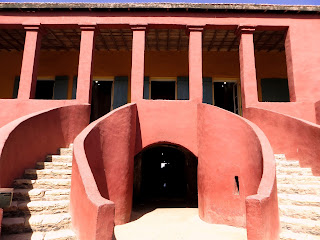 The House of Slaves 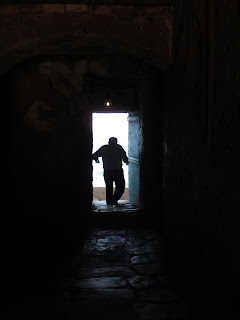 The "Door of No Return" at the Maison des Enclaves

3)  Spend some time at the beach

Perhaps I should have made this number 1!  When a co-worker told me she loved the beach down the street from the Fana Hotel, I thought which one?  I'll let you decide from the photos below which beach is the best!  Or try them all and you won't be disappointed. 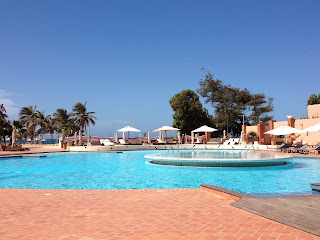 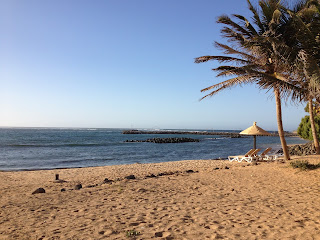 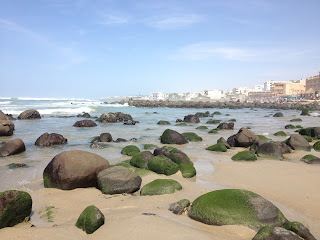 Virage Beach in Ngor is a popular spot with the locals 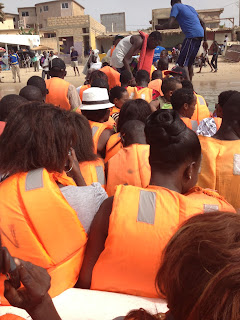 4) Climb the stairs at the Monument de la Renaissance

The tallest statue in Africa, the African Renaissance Monument stands at 49 meters displaying a bronze family looking off into the sea.  Originally created to celebrate 50 years of Senegal's independence from French, the colossal statue has been highly criticized as it costed $27M to construct in 2010 during the heat of the economic crisis.

The 189 steps will test your athletic ability, but the view at the top allows you to oversee Dakar in all its beauty. 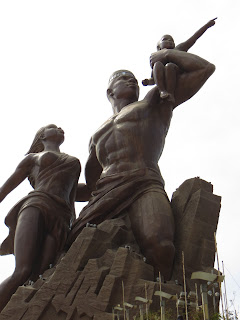 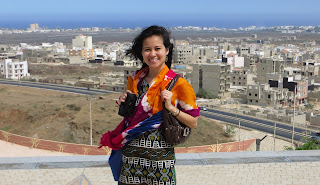 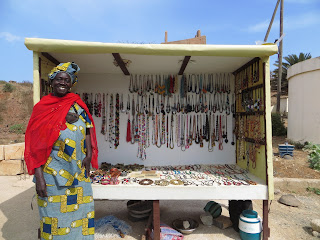 If you see Madame Thioro Fall, tell her Krystina from America says hi.  She starts with fair prices and will show you her newspaper feature as the money she raises goes to underpriviledged children.

Dakar is a hot spot for live music and there is no where in the city more iconic than Just 4 U.  West Africa's biggest musicians have played from Baaba Mal to Daara J Family (who we saw for just 5.000CFA (~ $10US)!  Grab a drink and relax on the outdoor tables as the band plays the night away.

Note: As university dormitories lie across the street, if you are lucky, you can catch the university students on a weekend night playing and dancing in drum circles!