Diamond Caverns and a Nice Welcome into Louisville

Kentucky Derby here we come!  With a 5:15am departure from the house, Evie Goryshina and I had a long day of travel ahead of us.  Since flying from Boston directly to Louisville would have costed $500+ for the weekend of the Derby, we decided to fly into Nashville and make the 3-hour drive for only $273.  With Evie scoring a weekend rental with Hertz for only $70, it was well worth it!

Upon entering the Hertz car, we blasted country music as we headed to the nearest McDonald's for EggMcMuffins (this truly was going to be a southern roadtrip!).  As Evie had to take a work phone during a pitstop (she's a lawyer), I found a brochure for the Diamond Caverns, half-mile caves that are 70 feet below the Earth, just a few miles away. We had to stop by and see the thousands of formations decorating chambers! 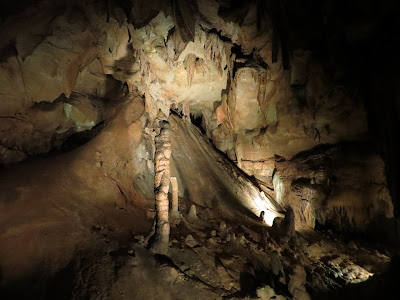 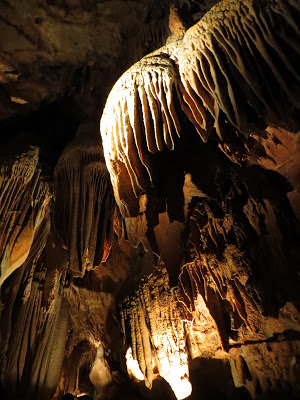 Diamond Caverns, 70m below the Earth!

Some more pit stops came about at Donna Sharp's House of Quilts (I am a sucker for billboard ads) and Sonic's for hot dogs and fries. 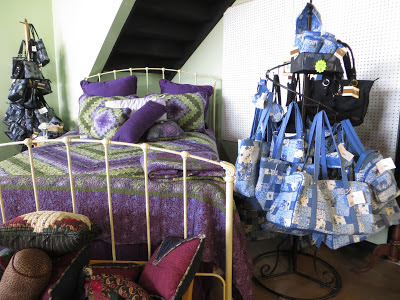 Upon arrival in Louisville, our CouchSurfing host, Amelia, had prepared Derby Pie and lemon poppy cookies for our weekend before we did a quick driving tour of the city. We headed to Mark's Feed Store arguably the best BBQ in Louisville.

Surprisingly, the sides (baked apple, sweet potato fries, and chicken pasta salad) were better than the main courses (brisket)! I also have fried pickles for the first time - not too shabby! 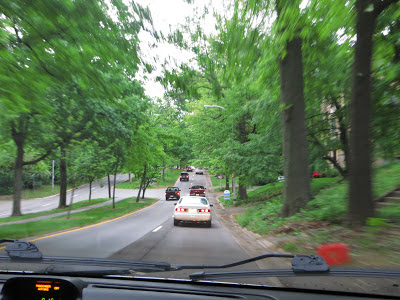 The green-ness of Louisville! 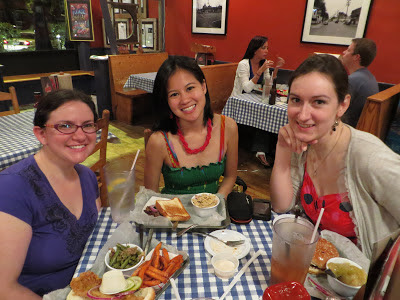 Amelia soon took us contra-dancing (think square dancing, but more energetic and a workout!) at a local church venue. Though Evie swears she hates dancing, I saw a smile on her face! 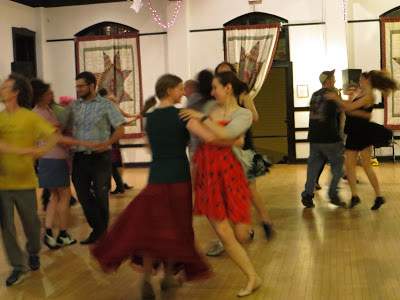 Evie claims she hates dancing - I beg to differ!


The night ended with a quick stop to 21c voted #1 hotel in the South by Conde Nast Traveler.  The 21c Museum is North America’s first museum dedicated solely to collecting and exhibiting the art of the 21st century.  Very fancy I must say! 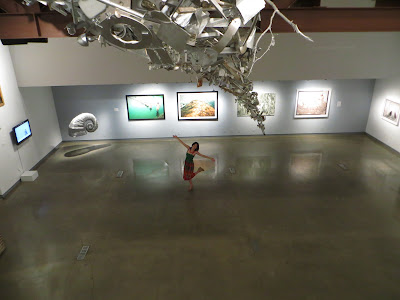 Good welcome into Louisville - looking forward to the Derby tomorrow!
Posted by Krystina Nguyen at 23:59