A simple day trip from Cuenca is to Ingapirca, the site of the largest Incan ruins in Ecuador.  Booking a Full Day Tour with Viator was quite simple as they partnered up with Grayline Ecuador, a local travel agent.  Confirmation was left for us at our hotel, Casa Reyes, and Grayline took care of everything including an English-speaking guide (shout-out to Adrian!), transportation, and lunch at Posada Ingapirca for $50. We did wish that they would have paid for admission, but it's all good!

Special shout-out to our Cuenca hotel owners (a small family of 3) at Casa Reyes. We booked with them on Booking.com as they didn't require a credit card and had airport pick up too. They didn't speak English and we didn't speak Spanish, but somehow it all worked out! :)

Ingapirca ("Inca stone wall") lies in the Canar Province of Ecuador and takes its name after the Inca palace and temple site.  Contrary to popular belief, the Incas were not the first inhabitants of Ingapirca, but the indigenous group of the Canari originally settled here before the Incas arrived in the 15th century.

Though it was a long-drawn out battle between the Incas and the Canai, the two communities actually built the community together afterwards! World peace! 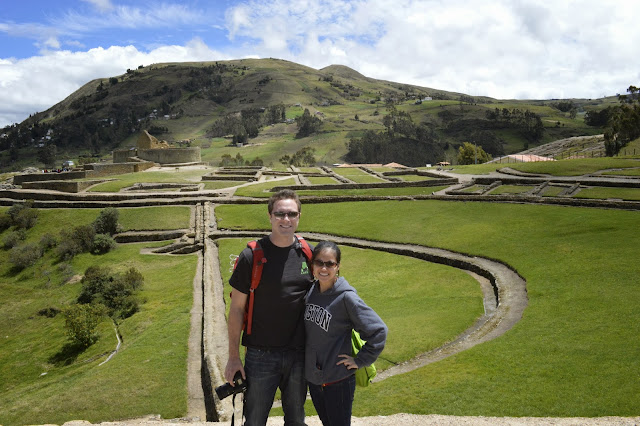 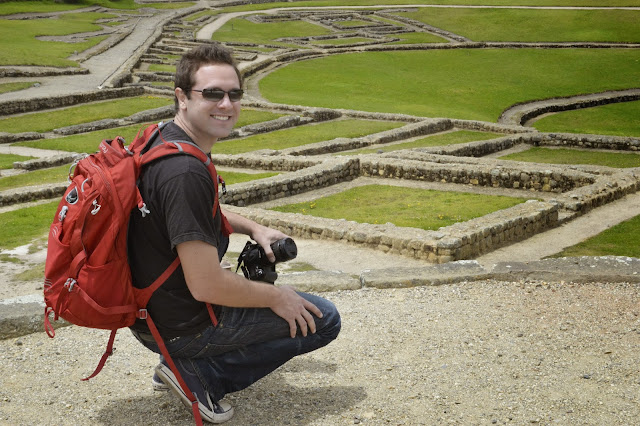 The foundational parts of the original Temple of the Moon 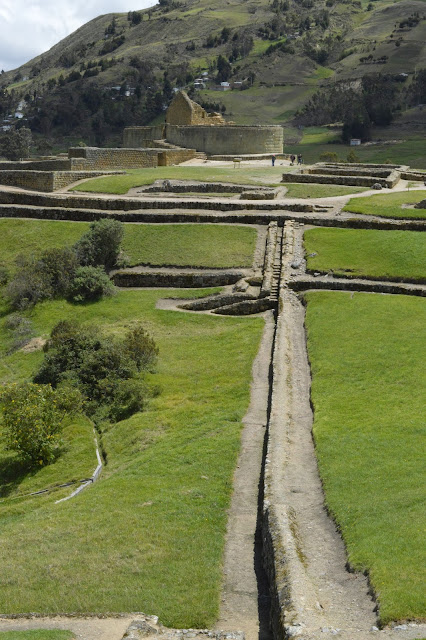 Aquaducts to provide water to the compound 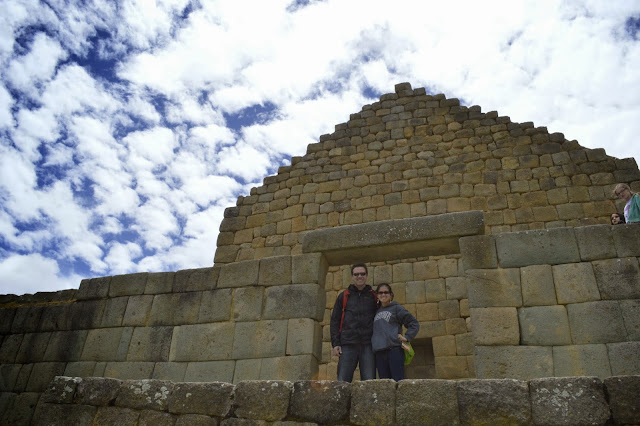 In one of the doorways of the Temple of the Sun
Posted by Krystina Nguyen at 23:59