Top 3 Things to Do in Quito, Ecuador

Quito, the capital city of Ecuador, stands 2,800 meters (9,186 ft) above sea level.  Since it's the highest capital city in the world, one needs to make sure to adequately provide time to acclimate to the altitude. We had planned to climb Cotopaxi Volcano the next morning, but switched our plans around to explore Quito and make sure we could breath adequately!

Kudos to my travel partner-in-crime Sean Denny for waiting at Mariscal Sucre Airport for me for 7 hours! With a delayed 2am arrival time (originally scheduled for 11pm, but detoured to Guayaquil because of the fog), I arrived to a very sleepy friend. 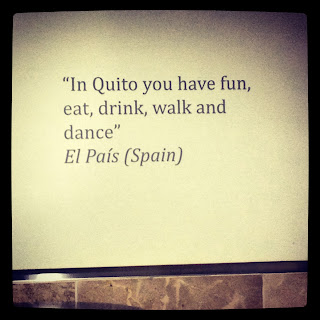 Though there are more than enough things to do for any type of traveler, here are the top three things to do in Quito, an official UNESCO World Heritage site:

1) Straddle the Mitad del Mundo ("Middle of the World")

The Ciudad Mitad del Mundo is a National landmark located just 45 minutes (~$10) north of Quito by taxi. Note: A bus is also much cheaper for less than a dollar, but can take up to 1.5hours.

The highly recommended route is to take a photo at the touristy monument, shop at the artisan stores, and then make a left out of the park for a couple hundred meters.  Turn left down the dirt path (they'll be of course another tourist sign) and take a photo with the real "Middle of the World" at 0 degrees latitude, 0 minutes, and 0 seconds. 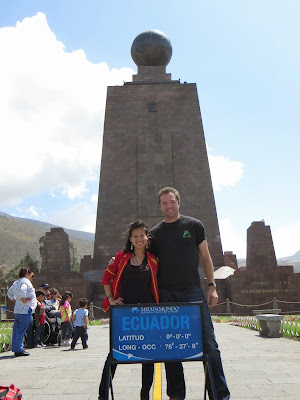 The Mitad del Mundo ("Middle of the World") a.k.a. the touristy monument that is not actually Earth's middle 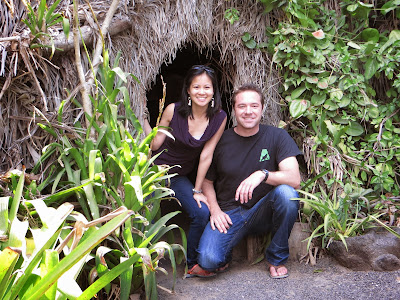 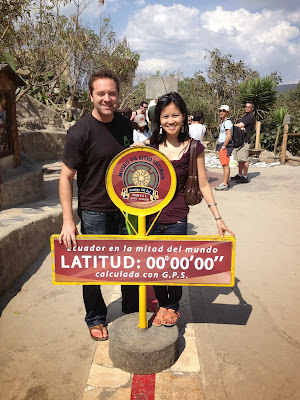 The real middle of the world (proved by water standing still). We're happy kids running around the site.

Conveniently located at Juan León Mera and Reina Victora in the Mariscal neighborhood a.k.a. Backpacker/Tourist Central is Mercado Artesanal La Mariscal. The biggest artisan market in the city, one can find everything from Ecuadorian handicrafts to Panama hats. Bring lots of dollars as you'll spend more than you need - you might even be lucky enough to be able to use a credit card if you wish! 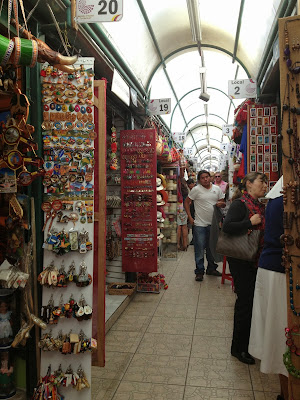 3) Wander around Old Town
Best for last is Quito Old Town!  With colonial architecture and quaint charm, this historic center will impress any seasoned traveler.  Paradigm churches, a nostalgic atmosphere, and bustling small businesses makes for a magical walk (and take this from someone that doesn't like walking!).  Stop by Cafe Dios de Muere for a coffee and dessert - just follow the music on Calle de San Marcos! 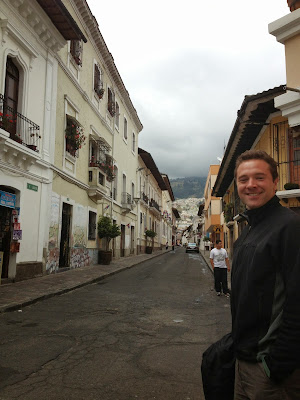 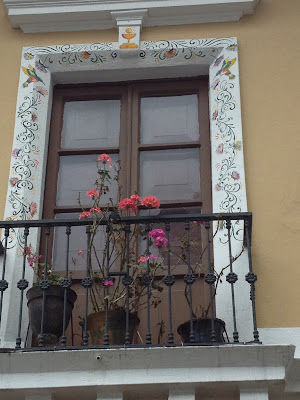 I'm falling in love with the painted balconies of Old Town Quito. 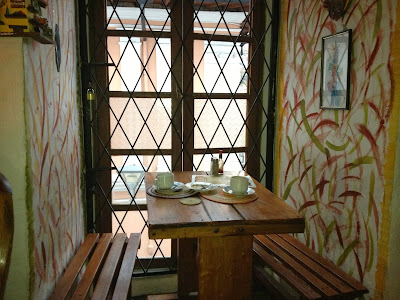 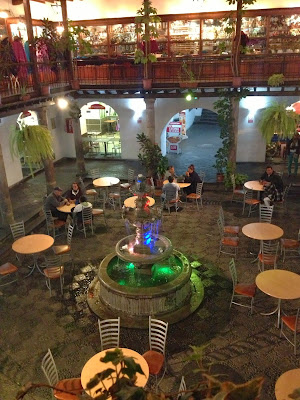 View from Cafe del Fraile - perfect dinner when it rains! 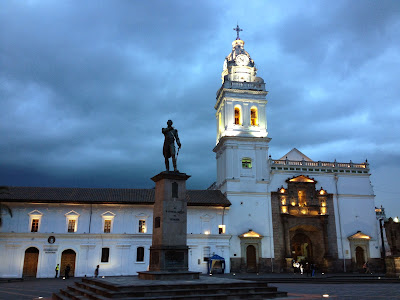 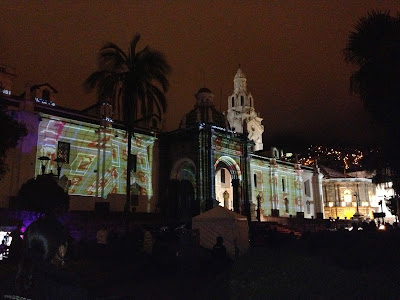 Laser lights upon the Metropolitan Cathedral of Quito
Posted by Krystina Nguyen at 23:59