I woke up this morning and apparently, somebody had stolen my fettucini alfredo from the hostel's refrigerator. Grr!

We headed down the street to the New Orleans School of Cooking! Located in a renovated molasses warehouse, one can really learn how to cook Southern-style! Beyond the amazing cooking lesson, the chef was so funny and entertaining! Kevin, standing at 6'6" and over 300lbs., told so many jokes like, "Mardi Gras is great. You can dress up as anything you want. Me, I'm going as a small person." Ahaha. 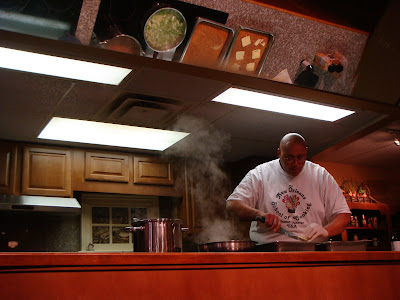 Learning at the New Orleans School of Cooking
The show was fantastic and the cooking was delicious! The cornbread was truly amazing and delectable as it gently crumbled in your mouth.

By the Riverwalk, King Zulu held a Lundi Gras outdoor jazz concert! The year 2009 is monumental for the Zulu Social Aid and Pleasure Club as it marks the club's 100th anniversary. The community came out while we danced the electric slide Nola-style (no cross-over step)! The day was beautifully sunny and I was in heaven! 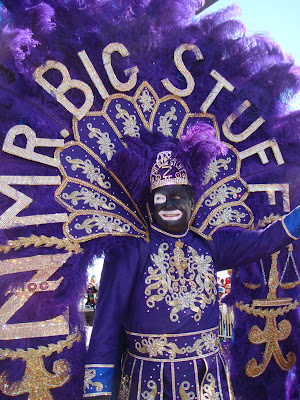 The Lundi Gras Jazz Concert presented by the Zulus!
At Jackson Square, I bought a gorgeous $35 oil painting from a local artist and then took a walk along the Mississippi River before checking out the Riverwalk Mall. Also known as Place d'Armes, was unfortunately the prime site for the public execution of disobedient slaves during the 18th and early 19th centuries. Today, there is a rich diversity of locals and tourists along with street painters and performers.

It was soon time for the arrival of King Rex and King Zulu! In New Orleans tradition, Mardi Gras cannot occur unless the mayor provides his or her blessing. Thus, King Rex asked Mayor Nagin for his blessing. He responded, "Wait, you want me to cancel school? (cheers) You want me to have no laws tomorrow? (cheers) So you're saying that people can run around drunk without getting arrested? (louder cheering) I concur!" Haha, no where else in the country! 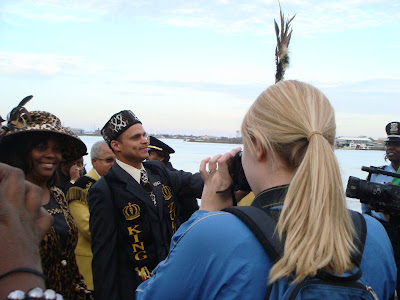 Arrival of King Zulu from the U.S. Coast Guard
It was; however, very touching and empowering to hear the Mayor speak of the aftermath of Hurricane Katrina. Only four years earlier, the city had been drastically distraught and nearly wiped away. The city still has heavy remnants of the disaster, but it is amazing to see how far the city has bounced back. The speech was appropriately ended with fireworks! 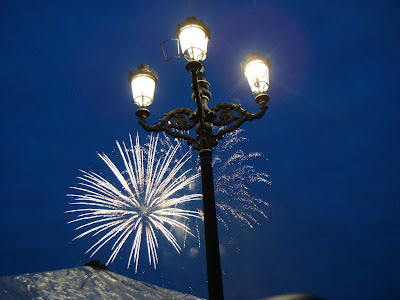 The celebration after the mayor declares that Mardi Gras shall occur!

Becky and I headed off to Kevin's Restaurant, Lil' Dizzy's where I enjoyed the shrimp. The waitress showed some more Southern Hospitality as she would sit down right next to you!

It was soon time for yet another parade. Chad and Suzy from the hostel met up with us at the corner of Poydras and Tchoupitoulas to watch the Orpheus parade. Orpheus is the largest of the new krewes and is anticipated as the best night parade on the Monday before Mardi Gras. Joan Rivers was the Grand Marshal and worked so hard to please the crowd with goodies - I received a plastic cup from her!

After hours of needing a bag, Becky finally caught the attention of Jim Belushi. "Do you want a bag?" he yelled. And so Becky got it!

Suzy and I then beg for about ten minutes for a football necklace from a stopped float. "Hey, Mister. Is that for giving out? Hey, Mister! Can we have the football bead? Down here!" Haha, but after our tenacity (and another guy hiding from us), we got it! 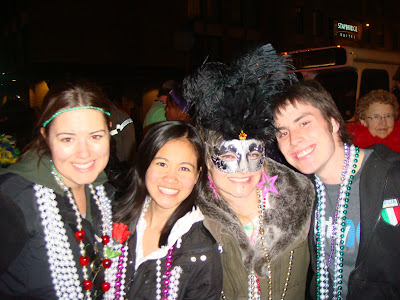 The hostel crew!
It was time to finally check out some Nola jazz! We headed off to The Spotted Cat Jazz Club on Frenchman Street. It was very low-key with quite an intimate sitting. A few people danced and only locals seemed to congregate there - love it!

As everyone stood in close proximity because of the limited space, I ended up meeting Greg Robbins and the rest of his friends from New Jersey. After a good conversation (mostly about how Jersey smells), we said we would meet up the next day for the Zulu and Rex parades. Soon after, we met some locals that told us to check out The Maple Leaf the next night if we liked jazz. As they would be in the parade, I was supposed to yell, "Spotted Cat" so they would remember me.

On our way back home, we took Bourbon Street! Chad had stated that he tried flashing the night before, but came home with zero beads. I simply raised my hand and said, "Hey, I want beads!" and some just magically appeared! Haha.

Thanks to a tip that we received from the Canadians, we actually headed up onto the balcony at the Cat's Meow! It was just as much fun throwing beads down to people and making them dance for them! Suzy actually used her skill to wrangle a necklace around a random guy video recording. Props!

Cat's Meow provided a good time as they had karaoke downstairs! What a good, crazy, fun night! Lundi Gras is done, but onto the surprises of Mardi Gras!
Posted by Krystina Nguyen at 17:59