The morning was spent watching PCV Andrea DeRocco’s Spanish class. Though there were about fifty students and only one teacher, the students were highly attentive! I brushed up on some of my high school Spanish and as I was leaving, we had an “educational” moment with the kids as I explained that my nationality is American and my origin is Vietnamese. Good stuff. 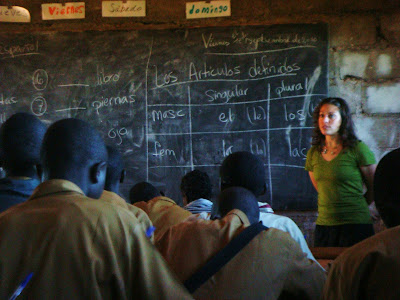 For 3,000CFA ($6US) and half an hour of our time, we took motos to the Koudini Waterfalls. The waterfalls were literally in the middle-of-nowhere. We moto-ed over bridges and walked through cut-off trails. My moto-man even lost his shoe for a bit.

As we could slowly hear water as we approached the falls, the sight was one to see! Because rainy season just finished, the falls were huge! The cave was like another world and I felt like I was back in Costa Rica. 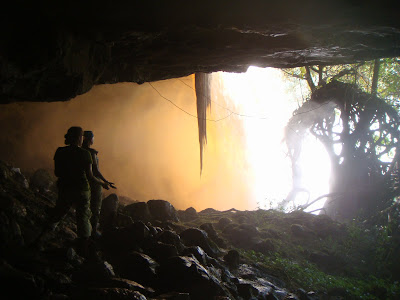 We walked over to the “secret” waterfalls that apparently the locals didn’t even know about. With only trees and grass and bushes at landmarks, I was surprised at how well my fellow PCV knew the terrain. 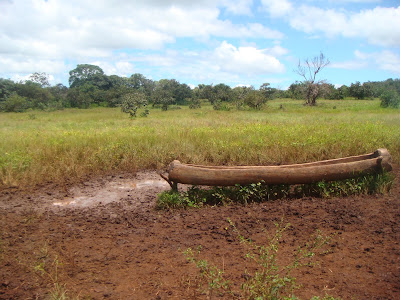 On the way to the secret waterfalls 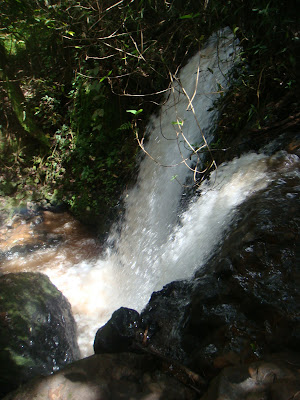 Secret waterfalls the locals didn't even know about! 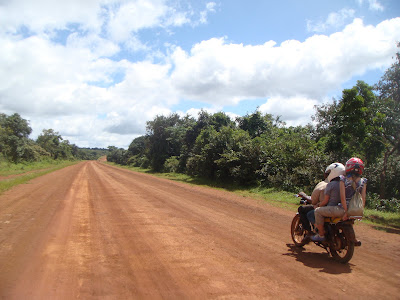 Moto-ing back to the village

A PCV’s experience in the village is very different from one that lives in the city. Andrea goes without electricity and running water on a daily basis. Even when she doesn’t know the moto drivers, she can just say “My house” and they know exactly where to go! In my city of Ngaoundere, I can say the bank that I live above and the motos still get lost! Good to experience the village if I must say so! 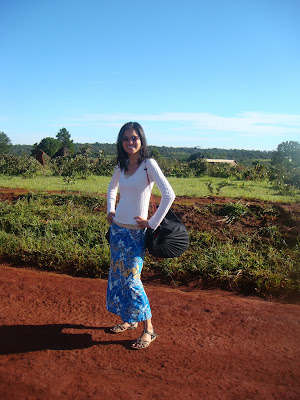 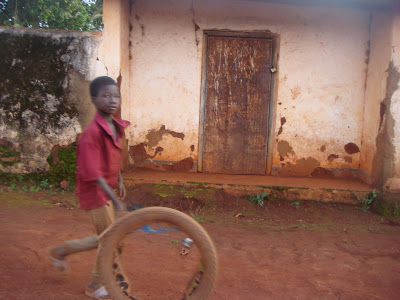