Inti Raymi, The Inca Festival of the Sun at Sacsayhuaman, Peru

Princesses, male virgins, llama sacrifices, and fire. What more do you need?

Inti Raymi, the Inca Festival of the Sun, enacts 500-year-old traditions of the Incan empire. Though the festival has become more touristy in recent years, it was once considered the most important ceremony carried out in Cuzco. This June 24th festival celebrates the Incan New Year and winter solstice when the sun is furthest from this side of the planet. Thus, the Incans would perform for the Sun God in order for him to come back.

There are two choices you can make leading up to the festival at Sacsayhuaman (3km from Cusco): 1) Walk the route with the paraders from the town to the hill or 2) Get to Sacsayhuaman early and secure a seat on the hill for a good view. It's highly recommended to go to Sacsayhuaman on another day when the ruins are opened, as it's one of the few ruins you can literally "slide" down!

As our hostel worker, tour guide, and waiter all gave us different start times the night before, we decided to hike up before 9am. Note: You can also take the scenic walk on the right side or no steps on the left side. Dealer's choice!

Admission is only 20 soles to sit on chairs on the same level of the festival, but for a more local experience, you can "tailgate" with community members by sitting overlooking everything. Luckily, we were able to secure front-row seats between the nicest families where we spent the next six hours or so enjoying the festival.

Though the show didn't start until 1pm, we had a blast with everyone in the crowd. Snacks were sold like a baseball game and everyone was more than happy to trade food back and forth. 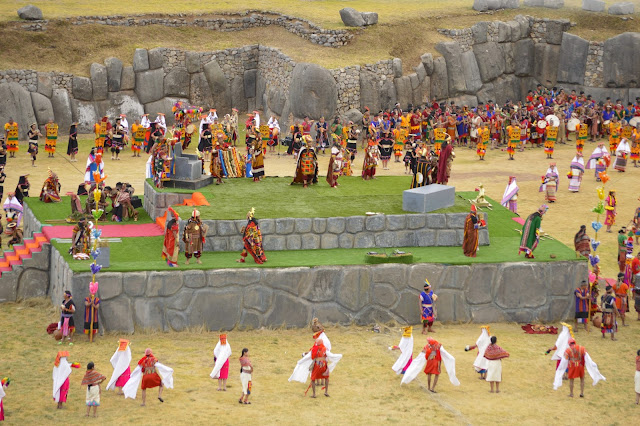 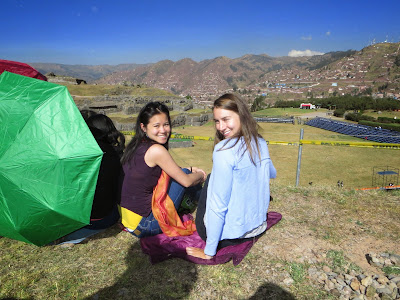 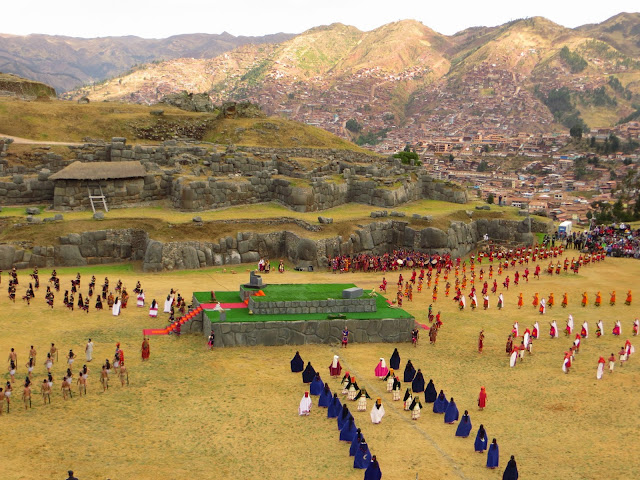 Inti Raymi, the Incan Festival of the Sun, at Sacsayhuaman

After the sacrifice of the black llama, we headed next door as there was another festival going on with street food and even a bounce house. Tip: At any restaurant you go to, make sure you ask for "the menu." We paid 10-15 soles (even cheaper in most places) for a three-course meal consisting of an appetizer, a soup, the meal, and a drink - delicious! 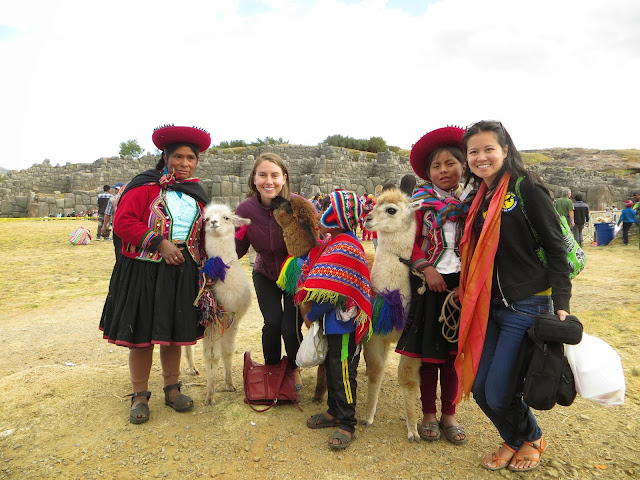 Take a close look as the brown llama is kissing Lindsey!

Email ThisBlogThis!Share to TwitterShare to FacebookShare to Pinterest
Labels: Peru