Being down in Southern Cameroon, a few PCVs and I decided to travel around before the holidays. First stop Kumba!

Kumba is home to one of the largest markets in West Africa and Lake Barombi Mbo, a volcanic crater lake! The city is the located in the Southwest Region of Cameroon, thus we could speak English. Unfortunately, the English here is much different from American English and I found myself speaking at a slow, over-enunciating manner. Who would have guessed that I would have actually missed speaking French?

I was able to meet up with my buddy, Amos, a graduate of the Masters program in Engineering at the University of Ngaoundere. After picking him up, we headed off to Lake Barombi Mbo….sources say that the lake is possessed with witchcraft. Good luck!

Unfortunately, even though we are residents, we were charged the “tourist” price of 1.000CFA ($2US) to get in. Maybe next time we’ll get in free. Either way, the beautiful lake is worth it! 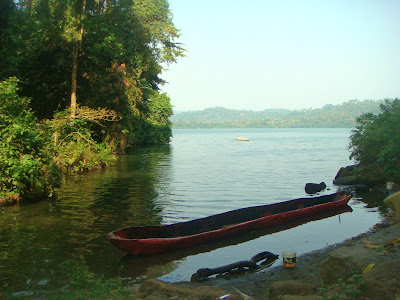 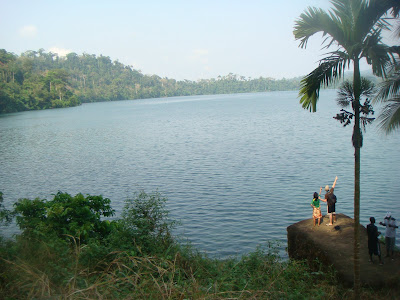 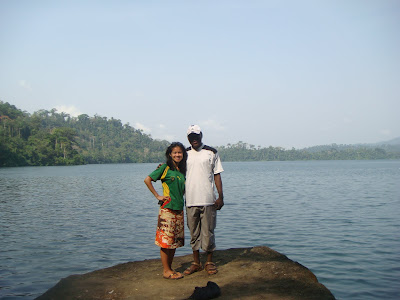 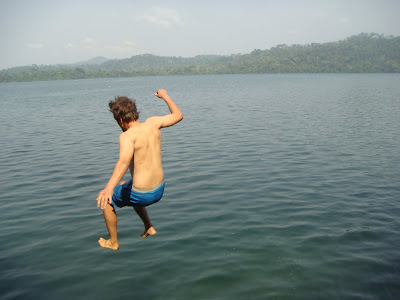 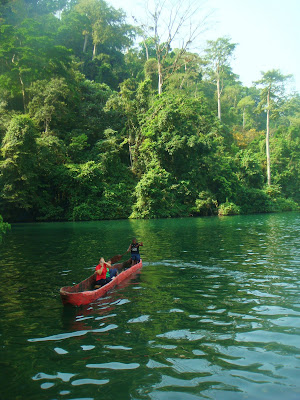 After our exploration at the lake, I had to go meet Amos’s family as they were excited to meet an American. The encounter was only for a few minutes as we had to catch a taxi to Mundemba to continue our travels, but Amos definitely scored some cool points. 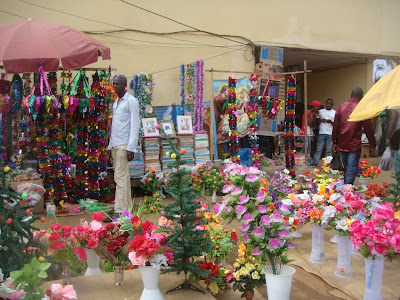 Kumba's market, one of the largest in West Africa

The two of us headed off to the market and then to catch up with the others for the “bush taxi” to Mundemba. Let’s just describe the bush taxi as eight people plus the driver on a dusty, unpaved road for five hours. It was a bit uncomfortable of a ride, but luckily we made it to Mundemba and our hotel, the Boseme Café, in one piece. 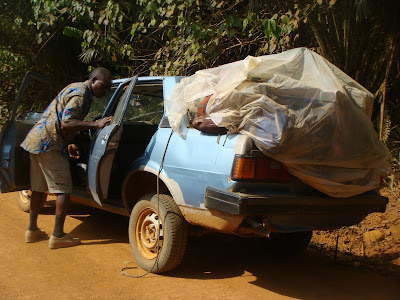