Waterfall time! After the week of training, a couple dozen of us decided to stay an extra day to explore the Chutes de la Lobe (Lobe Waterfalls). Located outside of Kribi at Grand Batanga, the waterfalls are one of the only few in the world to flow directly into the ocean. Beautiful!

Harley, Andrea, and I found three motos to take us there for 600CFA each. However, apparently two of the motos thought the price was too low, so they only took us halfway. Thus, the other two PCVs had no choice but to jump on my moto. Though four people on a moto would be unheard of in most areas, it’s normal here in Cameroon.

While waiting for the others, I bought a shell belt and a bracelet that resembled ones that I have seen in Northern Cameroon. “Ce sont les bijoux du Nord, n’est-ce pas?” I asked as I wanted to know if the jewelry came from up North. Of course they were and I started to speak the little Fulfulde I know (Fulfulde is the local language of the Fulbe people). Needless to say, by speaking his local language, the price for the products dropped significantly.

Canoe rides, waterfall photoshoots, walks on the beach, smiles for the camera for free necklaces, and good times with good people consisted of the activites for the day. Awesome! 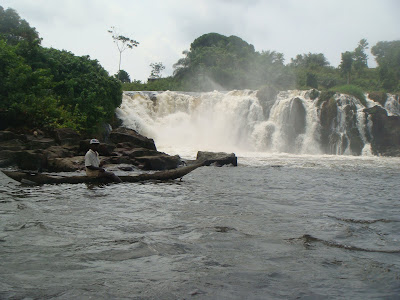 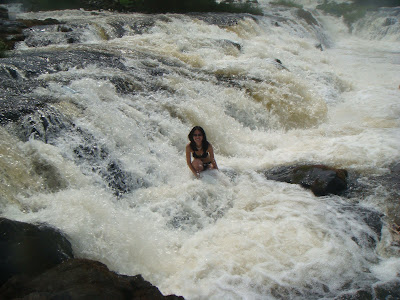 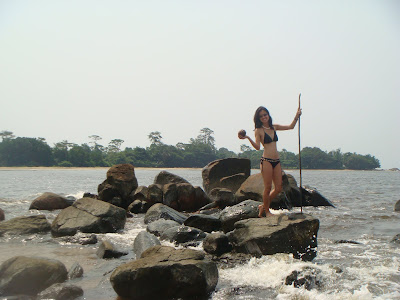 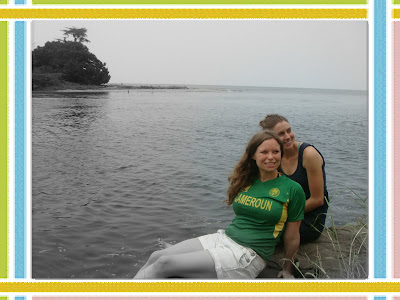