I've always loved cheering for the underdog. With movie legends such as Rocky and The Karate Kid, who doesn't enjoy supporting the little guy?As such, my favorite travel venues aren't the large touristy monuments, but rather the local parks or secret waterfalls...the places that are just comfortable and peaceful. Thus, one of my favorite cities in Cameroon has now become Bafoussom, capital of the West region. 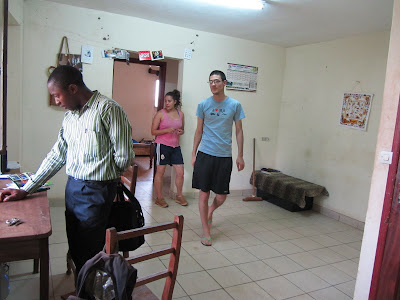 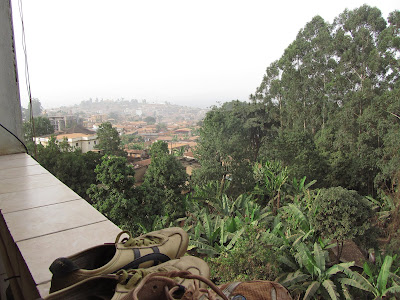 Jealous of his view!
Lonely Planet describes Bafoussom as a city with "little of great interest for travellers" - WRONG! The city is sprawled out which means that when you walk on the sidewalk (yes, Baffassom has sidewalks!), you remain a distance from the front doors of shops. What does this mean for the traveler? Less chances that people will bother you with screams of "Foreigner!" or "White person!" (they'll yell that at you even if you are traditionally a minority in the US). 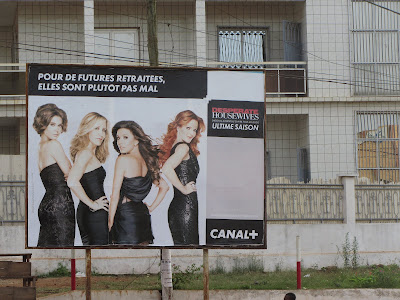 Do you know how Cameroonians learn about American culture? They watch Desperate Housewives
Secondly, the city is clean. Served by Hysacam, the city has daily trash collection as opposed to littering as is the only choice in other parts of the country. In fact, Bafoussom was recently voted the "most beautiful city in the West." Though the distinction came from Bafoussom's own city council, I'm supporting it! My favorite part of the city? The market! Here, one will find everything from horse hair dusters to beautiful dresses to handwoven baskets. The Bamileke people love to haggle, but perhaps they love it more when a foreigner haggles them harder! 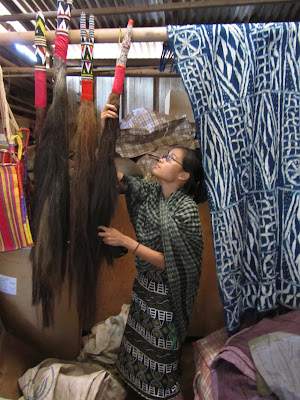 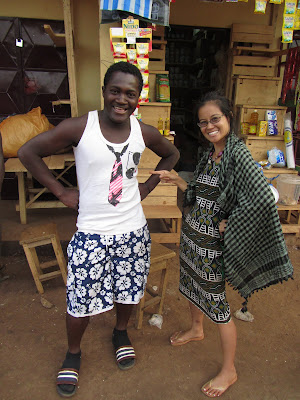 I wish I could wear this outfit and look just as cool!
Bafoussom's nightlife concentrates around Akwa, a trendy neighborhood with outdoor cafes and bars. Crystal is considered the most upscale bar (which means they have couches with cushions), but it's just as easy to find grilled fish and street chicken just right outside.The West in general has a temperate climate and an the best selection of fruits and vegetables in Cameroon. Artisan objects are plenty and the chefferies (traditional chief compounds) are traditionally grandiose. Hands down, Bafoussom wins for me. 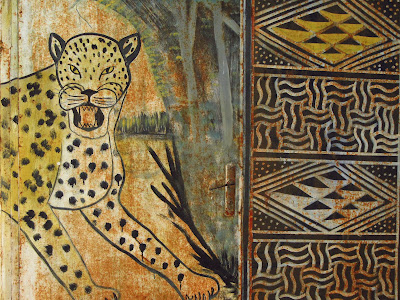 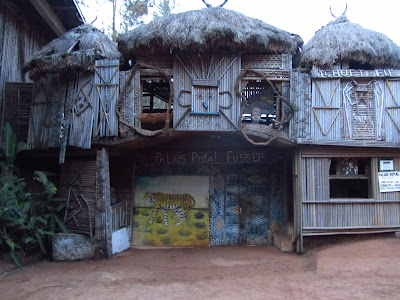