Local and Touristy Things to Do in Brussels, Belgium (Part 2)

One of the most popular attractions to see in Brussels is the Manneken Pis a.k.a. "Pissing Boy" statue. Yes, you read that right!  I wasn't particularly inclined to see it, but Adam insisted that I pay at least one visit.

The bronze statue stands over 60cm tall and has created quite a bit of a stir in terms of urban legends.  Some say that the infant was a lord and his troops put him into a basket to "attract and distract" the enemy.  Another legend describes a missing child of a merchant who became lost and was soon found in a garden in the following position.  My favorite part of the statue? Watching the many tourists come to photograph it! 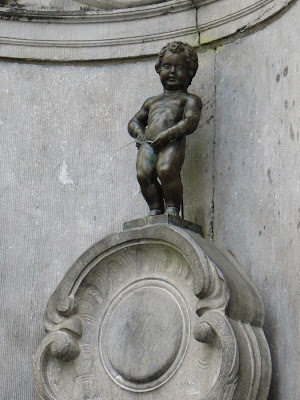 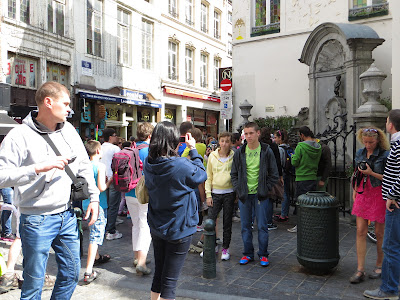 We soon made our way over to George Henri Park for the Brusselicious Festival of PiQniQ!  Each summer, Brussels holds Sunday picnics at various parks throughout the city.  A free jazz concert is provided while picnickers can buy 12euro lunch packs that consist of salami, cheese, bread, apples, salad, yogurt, and two complimentary glasses of wine - great deal in my opinion! 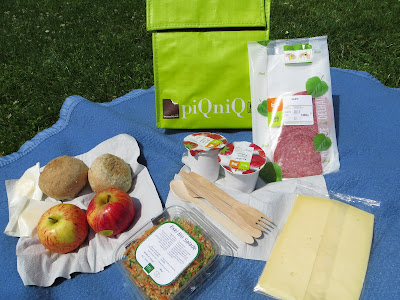 Our official picnic basket from the Brusselicious PiQniQ Festival

The family-friendly event itself was great (kids could also make kites), but I loved the fact that it brought us beyond a "touristy" experience and into a very local venue. George Henri Park is located in a very suburban area of the city, so we walked up and down sidewalks of homes and spent the day with Belgian families.

We had a planned to have a fancier dinner, so we walked down Rue des Bouchers as it's know as "Brussels Belly" due to it's many restaurants and cafes. The affordable Lobster House Ecalier won us over as the host offered to throw in some champagne to us for our business. 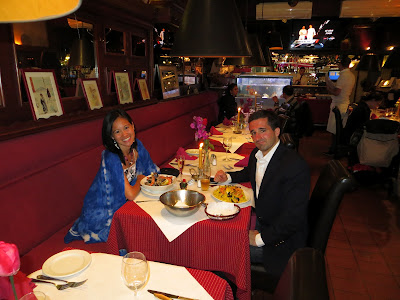