As I had the day off from the orphanage, I spent it sightseeing in the city. I took the 19 bus into town and walked to the Reunification Palace (formerly Independence Palace). Originally the workplace of the President of South Vietnam, it served as the site of the official handover of power after the Vietnam War. 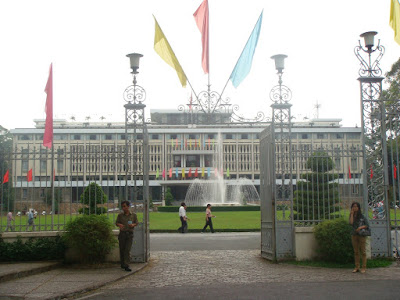 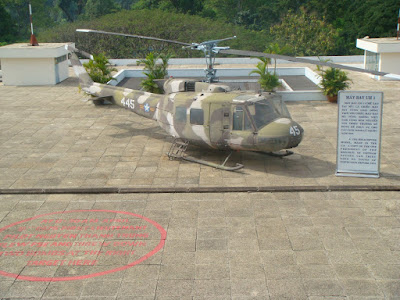 I visited the Notre Dame Cathedral, established by the French colonists in the 1800s. With its Neo-Romanesque architecture, the church has two 40m high square towers that are tipped with iron spires. 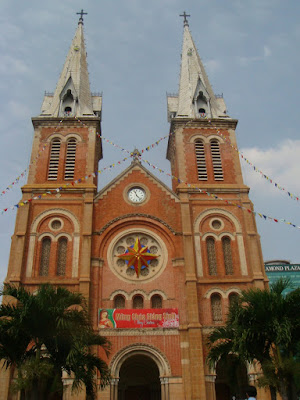 Notre Dame Cathedral. Gorgeous!
Next to the Notre Dame lies the Central Post Office. Albeit the proximity to the Cathedral, the huge hall serves as a tourist attraction in itself. 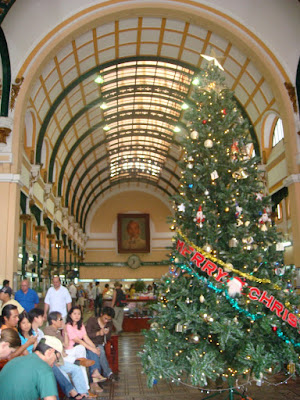 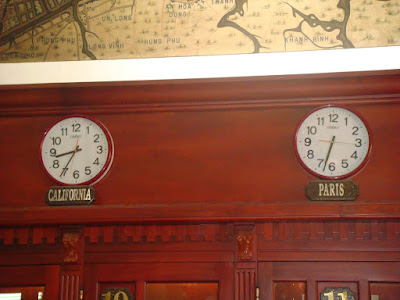 Homestate vs. where I'll be studying in the fall. Coincidence, no?

Had some good pho again before heading off to the War Remnants Museum. Originally called "The American Crimes Museum," it changed its name due to the offending of the American tourists. I could only take one picture there due to the emotion and intensity of all the pictures. Everything was so graphic-with portraits of the effect of Agent Orange on children victims and the killings of war. 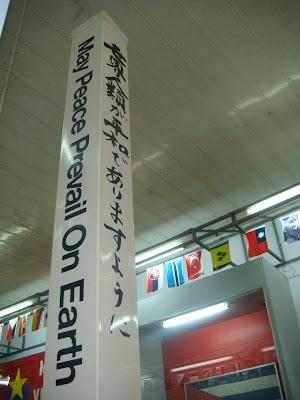 Being a Vietnamese-American in this museum tears you in every way. All I know is that sometimes I just wish world peace were the answer.

I went back to the Notre Dame to get some pics of the inside and on the way there, I had a motorbiker yell at me in Vietnamese , "Do you need a ride?" Another one yelled at him, "Why do you talk to her in Vietnamese? She's American!" Oh, boy. How I confuse this country.

I went home for dinner and played Dominoes with the host family. Exhausted, I took a nap at 7PM and went to bed at 9PM. Perhaps the jet lag is setting in. 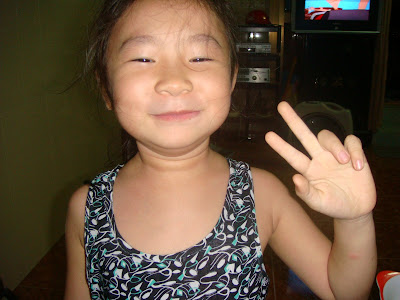 Nhu! Six-year-old apart of my host family. Boy, does she love Dominoes!
Posted by Krystina Nguyen at 02:59