Worked at the orphanage this morning and ate lunch with the ladies. I tried going to the Ho Chi Minh City Museum and History Museum, but both were closed on Mondays. Hence, I went to the University to check higher learning in Saigon. 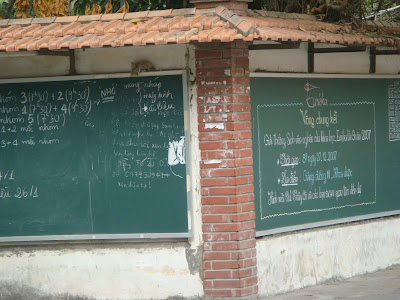 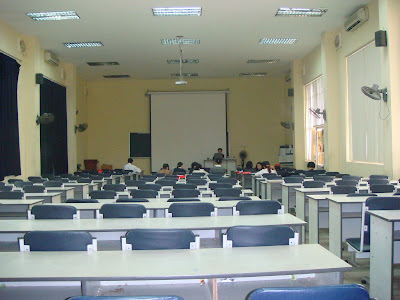 Chalkboard? But suddenly it seems that the more I travel, the less differences I see, but rather the more similarities there exist between cultures

At the corner of Bui Vien and De Than, I bought a doll for Mom and a wooden soccer statue for the Dad. Much cheaper than Bahn Thanh! Walking down Le Loi brought upon good surprises. Always wanting to see "Ratatoille," I negotiated the DVD for 10,000Dong (about $.62). A shopping center appeared at the corner of Nguyen Do and Le Loi. The prices were comparable to cheap vendors, cheaper than Banh Thanh.

I got a great Municipal Theater pic and headed home. 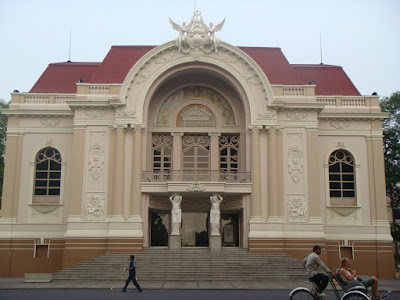 Municipal Theater (Saigon Opera House) built in 1897
Surprisingly, four locals appeared at the door looking for me! My coordinator had told them an American was in town and they wanted to come practice their English! Two of them had even cycled for over an hour to come see me (she actually borrowed her friend's bike because she could not afford her own). We spent three hours talking about the United States, differences, and had a fantastic conversation! Who knew my pictures from back home would be so interesting? 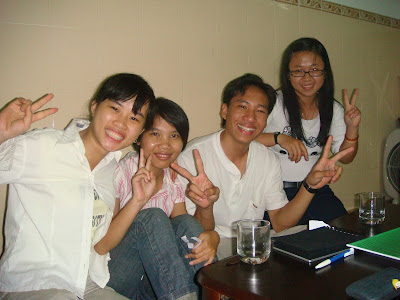 They literally journeyed to come see me!
It was a simple, but good day!
Posted by Krystina Nguyen at 17:59