7:30AM - Adam wakes me up with a phone call because the hostel is not yet ready to check him in.

Adam: I'm at the hostel, can I crash with you?
Me: Yeah, are you in Madrid?
Adam: Yes, I'm in the patio at the hostel.
Me: Where are you? In the patio?
Adam: In the patio.
Me: That's so convenient. I'll come get you.

Haha, I was so tired!

About an hour and a half later, Jessica and I headed off to the Botanical Gardens. The garden actually began as the King's Fernando VI botanical collection in the eighteenth century. It was nice to see, but would have been much better in the summer. I could only imagine the amount of flowers that would have bloomed. 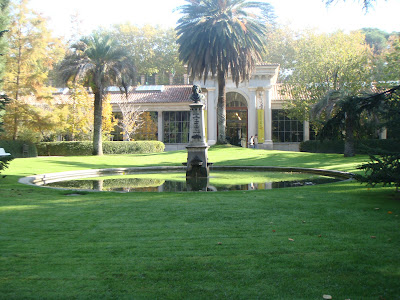 I had to go back to the Crystal Palace as it would now be opened! One could actually walk inside on top of the water on the marble's crevices. This really allowed a person to experience the art as they were apart of it! 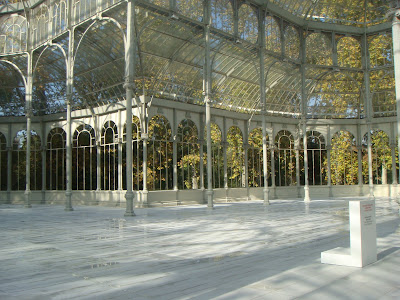 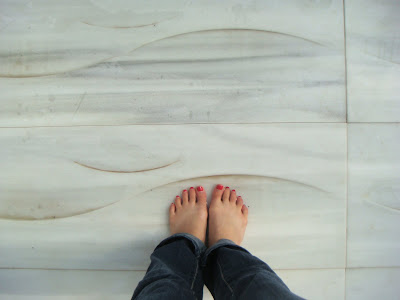 The Crystal Palace. One could be apart of the art as people could walk between the crevices full of water! 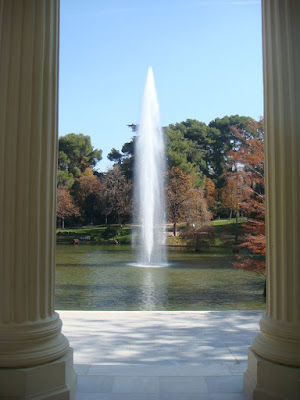 View of Retiro Park from the Crystal Palace!

The Valasquez Monument inside Parque Retiro was gorgeous! It is dedicated to Ricardo Velázquez Bosco, the same architect that designed the Crystal Palace and several other buildings in Madrid. The monument had fountains, vines, and peacocks all over! To complement the mood, even a lone saxophonist played next door. 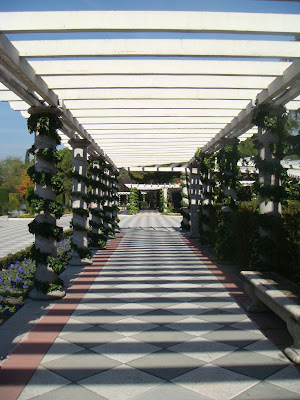 Just one part of The Valasquez Monument
A local church was nearby and as I adored the architecture, I decided to stumble on in. The priest put a piece of styrofoam into everyone's mouths as a sign of cleansing. Way to be blessed! ?

The best attraction besides the Crystal Palace would have to be the Royal Palace. Albeit the fact that it is the official residence of the King of Spain, only grand galas are held there. As the largest palace in Western Europe, the ceilings had such beautiful intricate detail as well as grandiose chandeliers. 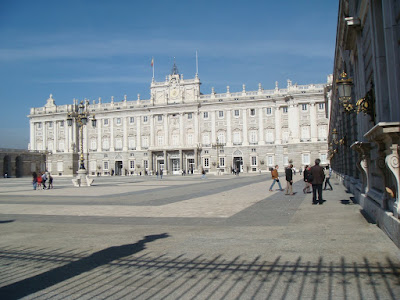 Tip: If the line seems long, try going to the line on the farthest right side! I had zero wait while the other lines were out the door!

We all met back at the Cat's Hostel for the Tapas Tour. The tour took us to have sangria and tapas at a handful of local bars and restaurants. We ended up meeting Andrew from San Clemente and Kevin from Nebraska - small world! Another individual at meat for the first time as well! We inquired if he would become a carnivore from now on to which he responded that he was not sure. Oh, goodness. 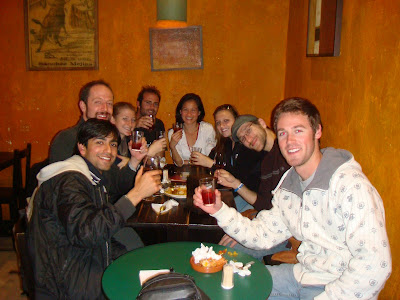 Tapas Tour crew!
Afterward, we went to Chocolateria San Gines, a local restaurant that serves chocolate covered churros - delicious! We joined another protest; this one was to protect government workers' benefits. Good stuff! I also completed my mission of finding the famous "Bear and Tree" statue! Lying in Puerta del Sol, the 20ton statue shows a bear reaching for strawberries. 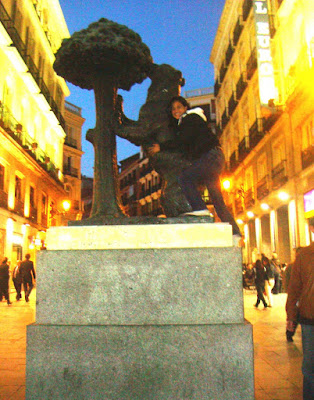 El Oso y El Madrono a.k.a. The Bear and The Tree! It was a difficult climb.

The group went off to Reina Sofia where there were great works by Picasso and Dahli. The first portion features Spanish artists from the late 19th century to the Second World War and the second features artistic trends from the 1940s - 1980s. As it focuses more on contemporary and modern artwork, it was much more to my liking!

We went to Matador for more tapas and played good ole' American games such as Celebrity ABC (say a celebrity name that starts with "a", now "b", etc.). Our continuation of the Tapas Tour continued onto Tapas de la Monde where we finally had enough sangria! The end of the night came as we headed back to the hostel for our 5:30AM wake up call!
Posted by Krystina Nguyen at 17:59