Can I Have Some Mustard Please? Dijon-style!

Note: There's a Versailles express train that drops you off to Paris Montparnasse in twenty minutes. Wish I would have known that sooner!

Arrival to Dijon is like traveling back in time. The Romanesque architecture provides an obvious old stylistic look and the city itself provides quite a small-town feel. 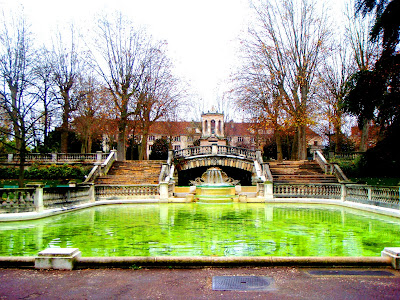 Unfortunately, to my disappointment, the Mustard Museum was closed! C'est terrible!

I started the day at Jardin D'Arcy where I took pictures with the famous Pompons Polar Bear! The same sculpture can be seen at the Musee D'Orsay in Paris. The city's architecture and quaintness really makes a person want to walk. Next stop was to grab a quick chicken kebab at Darcy Kebab. 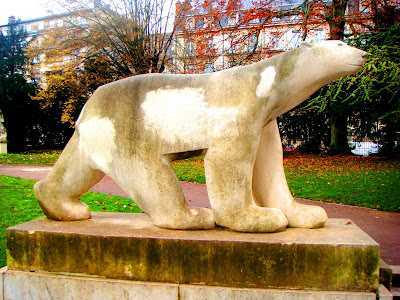 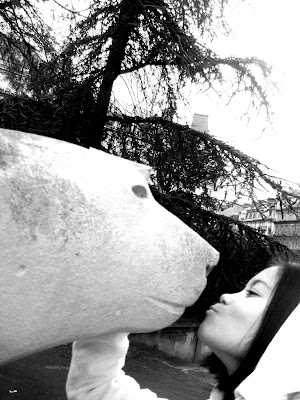 The St. Benigne Church has a fantastic crypt exhibit downstairs with the sarcophagus of St. Benigne. A Roman Catholic cathedral, it originated as the church of Abbey of St. Benignus. 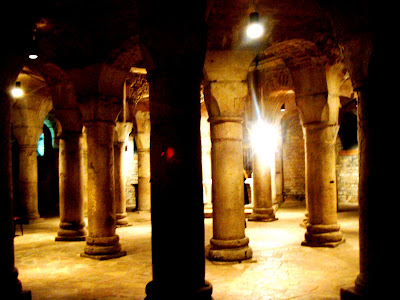 Underground at the St. Benigne Church
Apparently, A walk down Place François Rude will lead you to a block full of hairstylists! At Hypnotyk, there was a student haircut special for 18euros. They asked if I really wanted a haircut as they didn't speak English, but I didn't care - I just responded "Oui, c'est bonne!"

I had the full shampoo, cut, and brush. In French, she spoke to me about food, Obama, why I'm in France, etc. She even told her non-snail eating daughter, "See, even an American likes escargot!" Haha. The haircut was actually quite amazing and it looked very European with the hairspray.

As Monoprix was on the same street, I went to do a bit of grocery shopping! The H&M was very edgy and West Coast comparative to other H&Ms in the world. Je t'aime!It was too easy to feel like a local in Dijon.

The Musee des Beaux-Arts was free and fantastic. As it's quite small, it provides a legit stopping. There are actually quite a bit of landmarks in the city as I strolled by St. Michel and St. Chappelle. 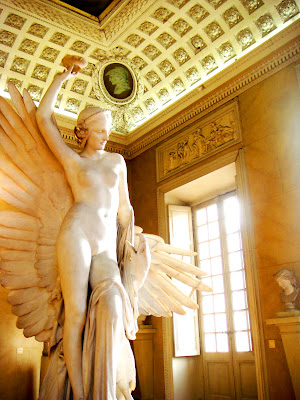 While at Place Wilson, a woman approached me inquiring about my life as I did not look like a local! We spoke (en Francais) about why I was in France, what I thought about Dijon, good things to see in Dijon, etc. AND she stated that I spoke French well! I watched her leave and apparently, she had her husband pull over specifically so she could speak to me. Celebrity status!

I walked Cours Du Gal De Gaulle like she suggested and came across Parc de la Colombière. The French royal park was very pretty with it's 6,000 grandiose trees and crisscrossing alleys.

In the park, a young boy asked me for the time and then if I were an American. The next words from him were then specifically about my hometown! Considering that he had never been and only had three relatives in New York, I was quite surprised. I blame it on American reality television shows. 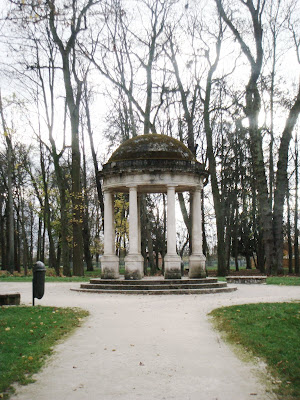 The Temple of Love in Parc de la Colombière

Note: Don't go to the Temple of Love by yourself! Even if you are in a relationship, make sure to approach the gazeebo with somebody!

The Notre Dame was very different from the ones I've seen. It seemed like the inside had switched out! The Gothic church features gargoyles and slender towers topped off by the Jacquemart Clock. 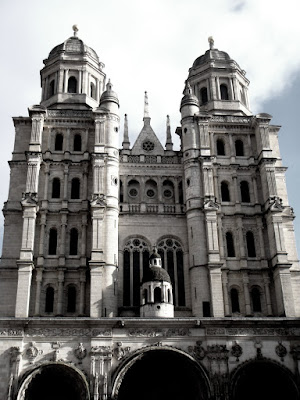 Dijon's Notre Dame
Of course, no trip would have been complete without a protest!

I sat and waited for this apparent "free" tram, but it never came. Thus, I went to Moutarde Maille to buy some mustard! They actually allow one to sample various mustards. 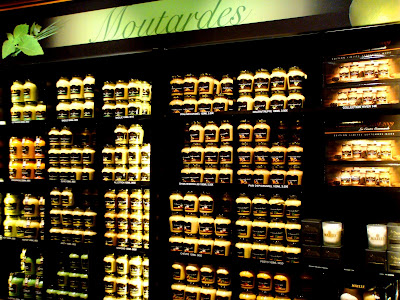 Mustards galore at Moutarde Maille
Tip: Be weary of which mustards you taste! The Du vin blanc made me tear up!

I walked to Place République and used the ATM at BNP (yes, another errand). However, I unfortunately learned the lesson that one should NOT leave money in the machine as it will eat it back up after some time! Grr.

The day trip only cost me 6euros (well maybe 12euros because I cancelled on another trip). Yay for the Eurorail pass! And yay for being a "local" and for my new haircut!
Posted by Krystina Nguyen at 17:59