Even the best planned traveler runs into scheduling snafus along the way especially in West Africa! Often, the reason for this is the good old expiring visa.

At Immigration, the line extended about a dozen people deep with a larger throng surrounding the Service Passport window. Asking around, we soon learned that a 500CFA (~$1US) fee was necessary for an application and the 1.500CFA (~$3US) visa could be done tomorrow (which here in African time could extend to 2-3 days). Thanks to my petite stature, I was able to squeeze my way to the front window to show the Immigration officer our 7-day visas. “When exactly would we have to leave the country?” “The 18th" he said. Sigh, I was hoping for the 19th.

So, with a day cut short, we went into high-gear-let’s-explore-this-great-city-before-we-get-kicked-out-of-the-country mode! First stop was to Lome’s Voodoo Market.

Unlike other markets, Lome’s Voodoo Market is not so much a place where one haggles for souvenirs. Rather, one explores and observes traditional voodoo practices. In fact, there is actually a mandatory entrance fee and tour guide fee.

Upon the parking in the gated market, we were approached by two Togolese who wanted 15.000CFA (~$30US) AFTER the fact that we explained we were PCVs. After much haggling, they said 9.000CFA ($~18US) to visit the market – no thanks! From the five minutes standing in the market the same size as a couple large living rooms, we saw all we needed! 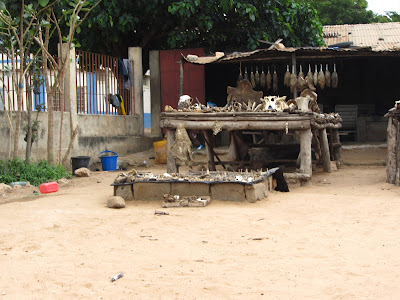 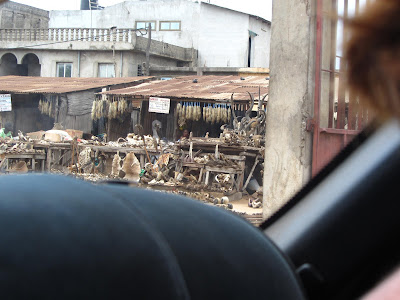 To ameliorate the annoyances of the morning, we headed off to the Grand Marche to do a little bit of shopping. Let it be noted that I LOVE haggling: I bought a Togo soccer jersey for 2.000CFA (~$4US); the vendor started at 6.000CFA (~$12US). The power of the Peace Corps Volunteer – it’s not just that we know how to pay local prices; it’s also that we don’t physically make enough money to pay tourist prices! 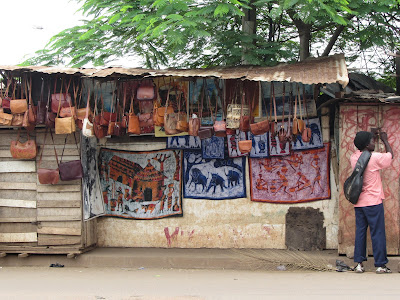 We spent lunch eating fish with a world famous fashion designer. It turned out that my old supervisor’s sisters, Grace and Wonder, live in Lome. We met up with the wonderful women while Grace showed us a DVD of the latest fashion show for Vlisco (the Tiffany’s of African fabric) that featured her clothes. 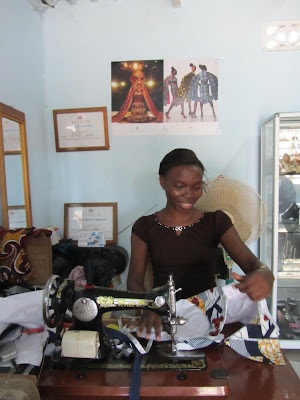 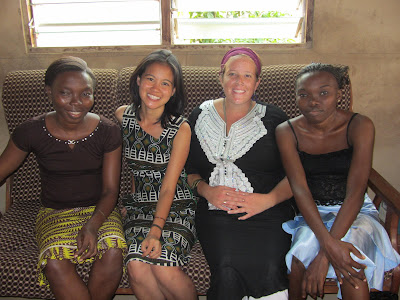 Afterwards, we headed back to Artisan Market to finish up some shopping before heading to dinner and a movie at Greenfield. Love Lome!

Note: It’s best to go to markets in the late afternoon. Vendors tend to haggle easier as it’s the end of the day and they want to make final sales.