Djenne is easily one of the best parts of backpacking West Africa as the multi-story mud homes make for an untouched ancient city. Tourists, beware though! You will receive throngs of tour guides trying to offer their services.

There was no better way to start the day than by eating meat-on-a-stick accompanied with onions and cucumbers. After our healthy breakfast, we hit the Grande Marche with its beautiful colors. 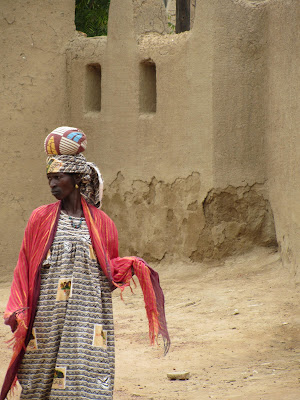 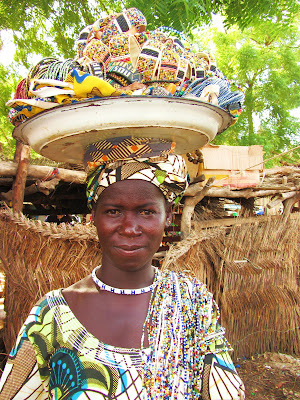 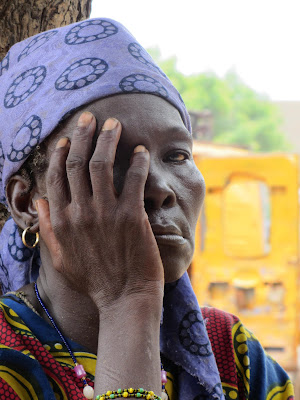 I'm such a creeper for taking their portraits, but they came out so beautiful!

After meeting the chief at his house, we went to the Grande Mosquee (Great Mosque) for photos. Noted as a World Heritage site by UNESCO, the Grande Mosquee is the larget mud building in the world. With its Sudano-Sahelian architectural style, the Islamic building is one grand sight to see! 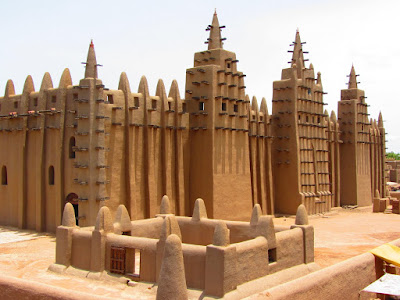 Note: Do NOT pay the 5.000CFA (~$10US) to go into the Grand Mosquee (they actually tried to make us pay 10.000CFA (~$20US) each). There is really nothing to see, but podiums. As for the library they wanted to show us? It was a closed bookcase. If you want to make a donation, maybe 2.500CFA (~$5US) to be nice, but otherwise, it is not worth it as the outside of the mosque is much more impressive than the inside. 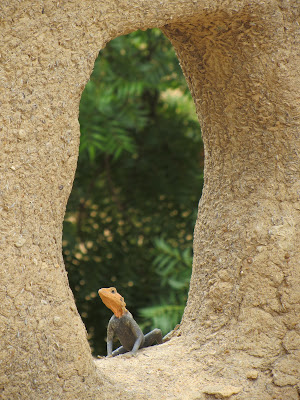 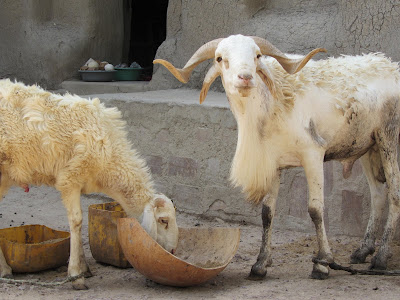 These animals are normally so average, but are interesting to an American since they're in Africa

The day was great…until we tried to send postcards at the post office. Here, for whatever reason, people do not have small change, even for a small bill. All I wanted to do was break my 2.000CFA by paying for the 665CFA postcard and stamp to my parents. It is a fact though, that post offices are the one place with change! So we went back and forth with the post office man and then he finally sent his daughter to find coins. Now, too bad Lindsey had to break her 2.000CFA…

Let’s just say he closed the window on us and said that he was going home. Lucky for us, it started raining and for whatever reason, people don’t really use umbrellas here, so he couldn’t leave! And there came the daughter with small change – we win! 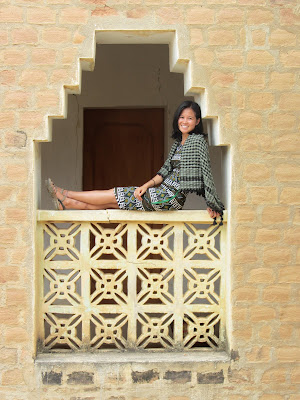 Photoshoot at the Campement

After taking some more pictures of the Grande Mosquee from a rooftop terrace, we ended up at our mini-tour guide’s house. There he served us tea before eating dinner at Kiro Korou.

Disclaimer: If an adorable little kid tries to be your tour guide during a school day, say no! He needs to be in school! 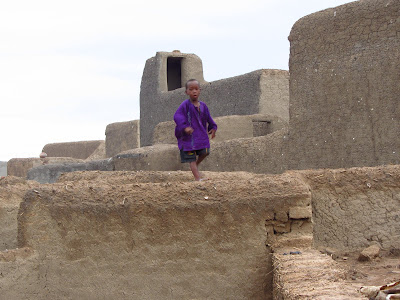