Hiking a Mountain to Discover the Village Within

Today would be Day 2 of our three-day trek across Dogon Country. Seven hours of walking, here we go!

Tip: If you are traveling across Dogon Country, bring snacks (i.e. peanuts) and Gatorade! There aren’t too many options along the road.

With the day just beginning, the first hour was a simple walk through farms and fields (of course, our tour guide, Amadou, continued to carry me over his shoulders anytime we came across a river). The hike drastically changed; however, as we approached...a mountain.

“Are we climbing that or are we walking that?” I asked. “Juste comme ça (just like this),” Amadou stated while lifting his knees up. As we realized we would be walking and not rock climbing, we were in. 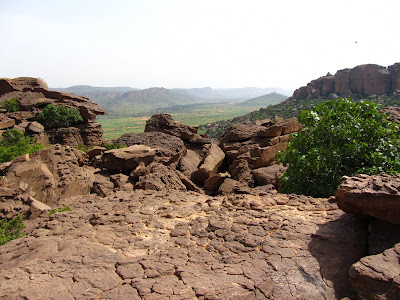 See that patch of green grass? That's where we started!

Hiking up rocks and jumping from boulder to boulder was tiring to say the least! After an hour or so of traversing the “trail,” we came across a rest point at the ancient pygmy village of the Tellums. The Tellums were the indigenous people to the area before the Dogon people arrived. Believ!e it or not, they actually built dwellings directly into cliffsides! 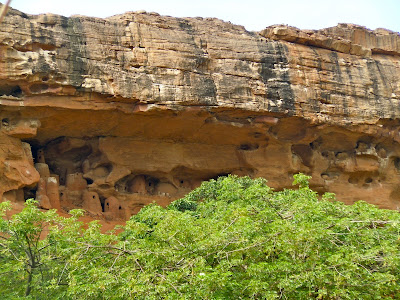 Tellum pygmy village. Could you live in a cliff? 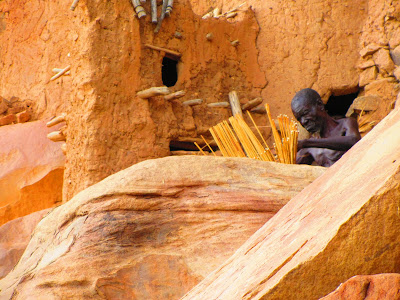 We decided that we must attempt the ladder! Actually, we agreed that we would just walk to the ladder, look at it to see the safety of it, and then decide if we wanted to climb it (hey, safety first, right?). Continuing the hike, we came across the top of the mountain and traversed a bridge constructed completely of rocks and wood. Surprisingly, our porter had phone signal and could make a call albeit the fact that we were in the middle of nowhere! 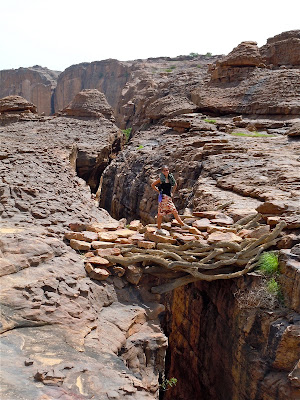 Don't worry, Mom and Dad. If I'm posting this, that means I'm fine!

We finally reached the ladderit was a tiny two meter ladder. Even if you lost your footing, there was a wooden patch of sticks that would save you. All that hoopla for something so simple! 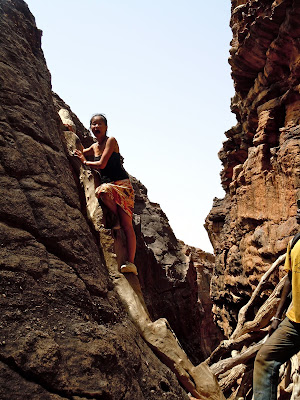 The two-meter ladder was obviously frightening!

After our death-defying climb down the ladder, we realized that we were literally inside the mountain’s crevices! It was about twenty degrees cooler and as we wove in and out of caves, we even found a man-made river. 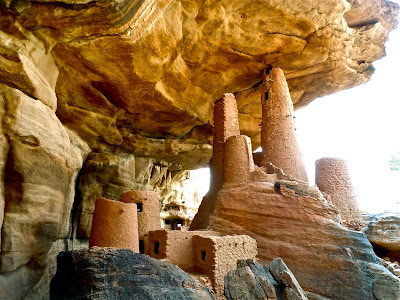 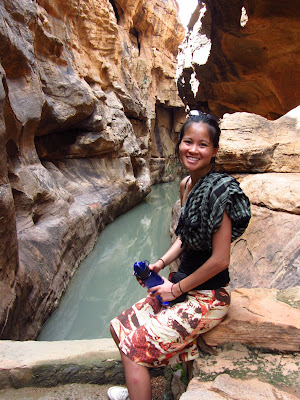 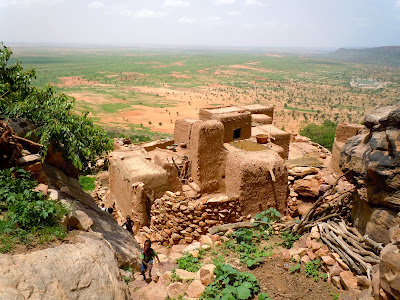 The village of Youga Dogourou sits inside and on the mountain!

I finally hit my hiking wall after the village of Youga Dogourou as I started slipping and sliding on all the rocks from general fatigue. Amadou was patient as I grabbed his arm while descending the mountain. Thank goodness we received lunch and a long four-hour break at Youga Na! 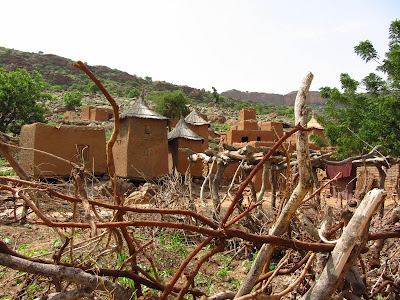 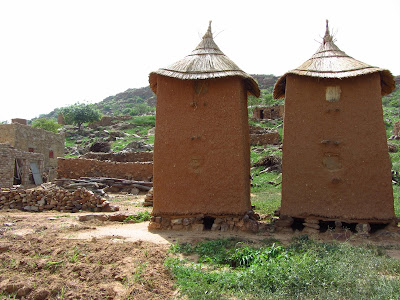 The village of Youga Na

We started back up again at 4PM and walked an hour and a half to Hotel Togouma in the village of Coundou, population 1,000. Exhaustion!