First let me discuss the visas…

Djenne to Mopti only took about 3 hours by “bush taxi” (caravan car where they stuff in 20+ people), so it was definitely one of the easier rides here in West Africa.

At arrival, we walked next door to the police to renew our visas. The serious looking man and woman stared at us intently as we put down our bags.

“That will be 5.000CFA each,” the male police officer said. “Oh, we already paid at the airport,” I smiled back. The woman stated that was Bamako, not Mopti, so we would have to pay 5.000CFA. He proceeded to state that a group of Americans had just paid as well. “No, we already paid at the airport. You must be kidding, my friend. We can call immigration there if you would like us too.” When she asked for the name of who we knew, I pulled out immigration officer’s card. Bam! They finished our paperwork and out the door we went with 5.000CFA still sitting in our pockets. Hazaa!

Always, always get phone numbers of authority figures and know how much to pay for visas!

Thanks to CouchSurfing, we had pre-arranged to stay with Marta, an Italian that lived fifteen minutes away in Severe. After having a nice chat at her place, Lindsey, Liz and I headed back to Mopti to grab lunch (i.e. pizza!) at Bissap Café and to meet a tour guide, Ousmane, that was the older brother of Modibow, who we had met in Djenne. 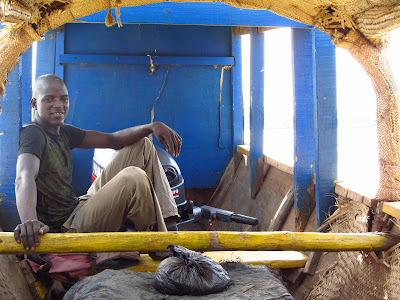 Our pinasse (motorized canoe) driver was so ready for a photoshoot

Jumping in the pinasse (motorized canoe), we enjoyed finally being on the water! First stop was to a Bozo village. The Bozo are fishermen who work on the Niger River. It was quite a juxtaposition as one side of the river lies Mopti, a bustling transit city, and the other side lies some of Mali's poorest and smallest villages. 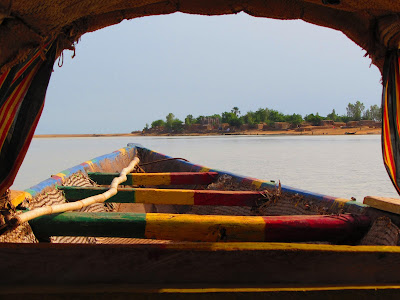 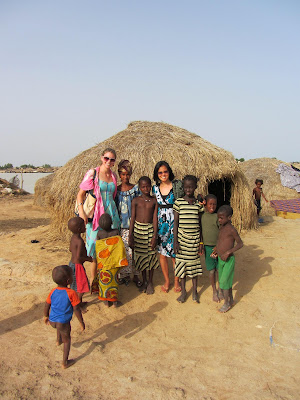 Bozo village. We didn't plan this typical-Peace-Corps-Volunteers-in-Africa photo, I swear!

We actually thought that the tour was done as we paid 12.000CFA/hr., but Ousman was nice enough to take us to the village of the Tauregs. A nomadic people, the Tauregs practice a mixture of Islam and animists beliefs. And apparently, they wanted to make us play dress-up! 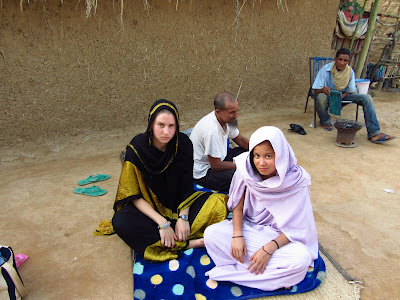 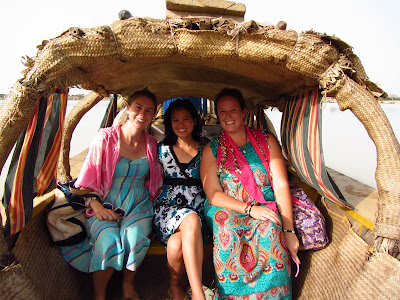