Getting Cuddly with Koalas & Climbing Bridges!

With Darling Harbour only a ten minute walk, I headed off to the Sydney Aquarium - VIP status! Opened in 1988, the aquarium features over 650 underwater creatures. I really got stuck at the Little Penguins habitat at the Southern Ocean exhibit. Over a dozen pictures and twenty minutes later, I finally left to the shark tunnels. 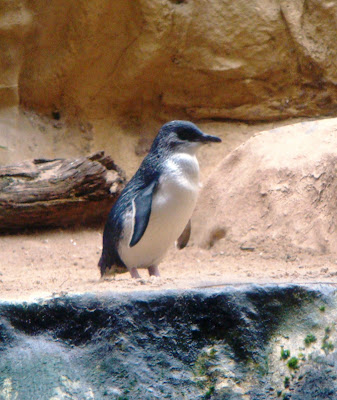 Little penguins at the Sydney Aquarium. So cute! 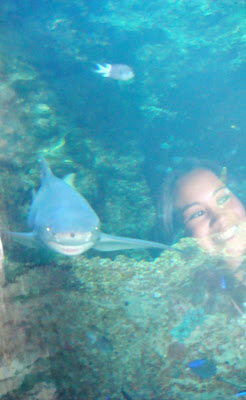 Shark tank at the Sydney Aquarium
I headed off to the newly opened Wildlife World next door as I was on a mission to kiss a koala! It costed $20 to get close and cuddly while you could take as many pictures as you wanted. Incredibly worth it! 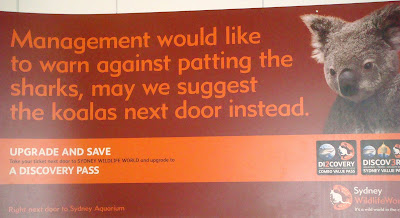 Koalas are actually sluggish by nature because their diet is incredibly low on nutrients. Hence, koalas cannot afford an active lifestyle and uses their relaxed state as a defense mechanism. 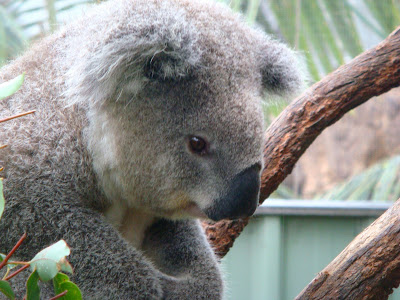 He was so sleepy! Obviously, he had too many eucalyptus leaves 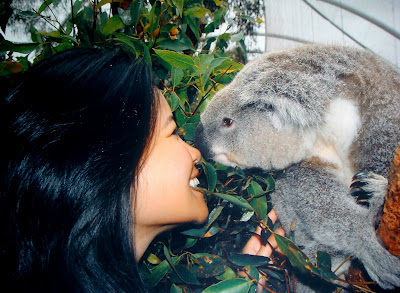 Just getting close and cuddly with the cutest koala!

I jumped on the Captain Cook Explorer Cruise (unfortunately an incompetent taxi cab driver made me miss the 11:45AM ferry cruise because he took me to the Aquatic Center). The cruise around the Harbour lasted about 1.5 hours and I took the ferry down to Circular Quay for...THE SYDNEY HABOUR BRIDGE CLIMB! 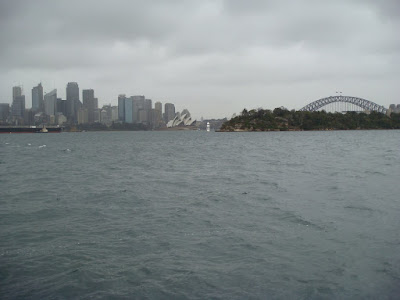 At the top of the list of any "Must-Do" while visiting Australia would be the Bridge Climb! Opened in 1932, it is the widest long-span bridge and measures almost 135 meters above sea level. I was lucky as when I reached the front desk, my climb had already been covered by Contiki. Yay!

We strapped on our astronaut gear and had our mini-training on the proper ways to climb the upper arches of the Southern half of the bridge. Lucky us that the night climb was held in the pouring rain! Haha, that definitely made some fun adventure. 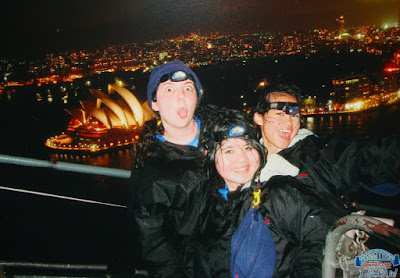 We had the opportunity to watch a proposal and learned that they actually have an ERD (Engagement Ring Device). Too classic.

Soaked, I took the train back (only $1.30AU) which saved about 25-30 minutes of walking. Unfortunately, once I got back to the hotel, I heard screaming next door. It didn't even sound like real words and hence, I called the hotel front desk. The manager was already on his way up and no one answered when he knocked on the door. He then called the police to which there was more yelling. Pretty soon the police came and kicked the man out! Oh, geez, I guess every traveler gets these stories eventually right?